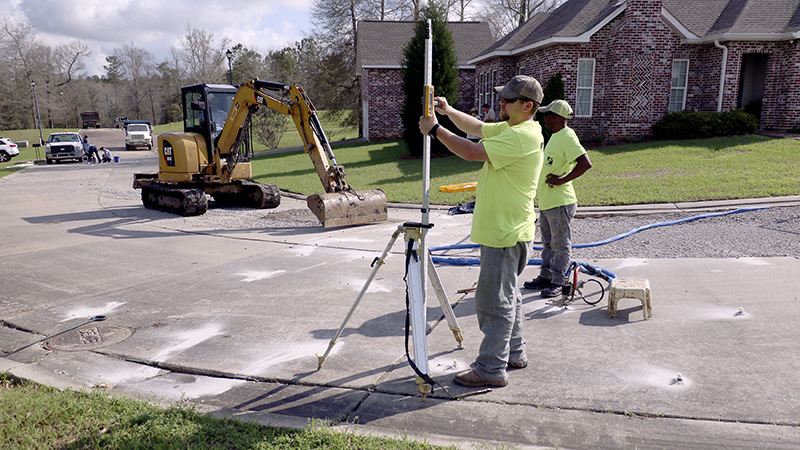 FILL AND REPLACE: A combination of contract workers and city of Picayune employees have been working on repairing erosion issues along Rue St. Germaine, including drilling holes so expanding foam can be injected into voids and removal and replacement of sections of concrete. Photo by Jeremy Pittari

A bit more than $33,000 worth of work is nearly complete to fix issues with the concrete that makes up Rue St. Germaine in Picayune.

The Council approved a motion to fund the project during a special call meeting held Feb. 23.

Public Works Director Eric Morris said the work was needed to repair sections of the road that sunk and cracked due to erosion.

While some of the worst sections of the road were dug up and were replaced with fresh asphalt by Friday morning, other less severe sections were shored up using an injectable foam. Earlier this week, crews could be seen drilling holes in the concrete before using special equipment to inject the expanding foam into voids under the road.