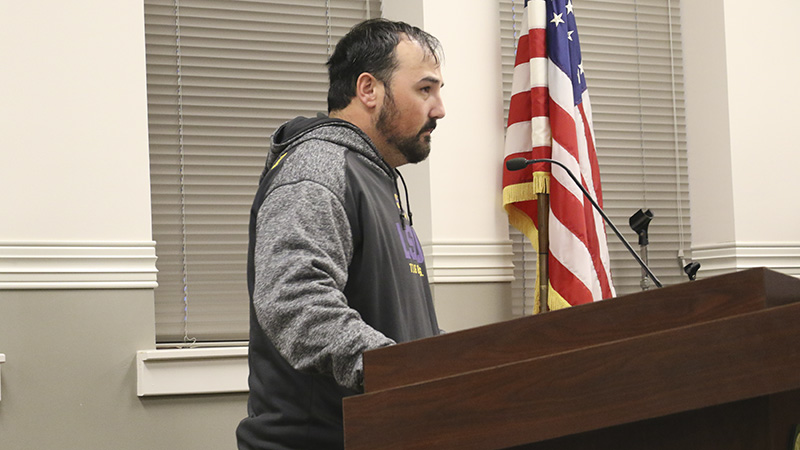 Parks and Recreation Director Trevor Adam spoke about his intention to install brick backstops and some asphalt at some of Friendship Park’s ball fields. Of the 14 fields at the park, three were upgraded with the stronger backstops using city funds.

Adam said he has 10 more baseball fields he’d like to improve, and has been able to acquire business sponsorship backing to conduct the work.

The reason for the brick backstops is due to the ongoing wear and tear the fences currently serving as backstops see while in use. Adam said the city spends between $3,000 to $7,000 per field every couple of years to maintain the fences that keep balls from entering the stands.

But the brick backstops can last for 15 years or more, and typically require a business sponsorship of only $3,500, Adam said.

Councilor Larry Breland asked if the leagues that regularly use the fields are willing to sponsor a brick backstop. Adam said PYAA has indicated that it is interested in providing funding, but the organization is undergoing a change.

Councilor Jan Miller Stevens asked if there were any plans to install bathrooms at the T-ball field, since there are constant complaints about the issue. Adam said that project would require a fundraising effort or the city to secure grants.

In other business, the city heard about a plan to install lighting and sidewalks down Highland Parkway.

Jonathan Hickman with Dungan Engineering, said the project is estimated to cost $500,000. During Tuesday’s meeting he requested permission to apply for grant funding from the Mississippi Department of Transportation, which would require the city to pay 20 percent of the project cost.

If the grant is approved, the city will receive word sometime in the spring. Construction would not begin until at least late this year and the project would not start until early next year, Hickman said.

The Council approved a motion to apply for the MDOT grant funding .

Adam also spoke about a new security system installed at Friendship Park to reduce wasted energy due to lights being left on. He said that previous attempts of just locking the control panels were fruitless, so the city invested $2,000 to buy a system called OutdoorLink. It includes a timer system and smartphone app that can alert Adam when lights are left on and it allows him to turn them off remotely.