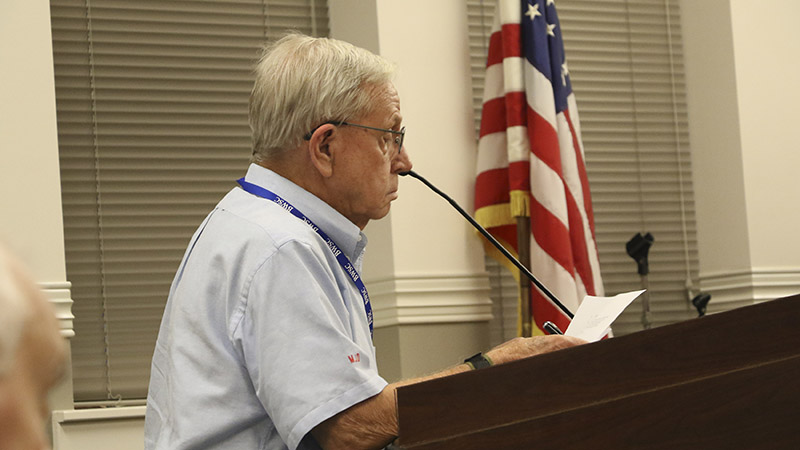 During Tuesday’s City Council meeting, the Council approved motions to establish a date for the Krewe of the Pearl Mardi Gras parade, and approved a motion to convert the city’s mowers to run on propane.

The Council also approved a motion to enter into a memorandum of understanding between Mississippi State University Raspet Flight Research Laboratory and the Picayune Municipal Airport. Picayune Airport Manager Andy Greenwood said the agreement will allow the flight research team to conduct flight tests using small drones, estimated to be about 50 pounds, or maybe more.

Greenwood said the flight paths used during this research will be submitted to him for review to ensure residential areas are not affected and no safety issues arise.

In relation to the mowers, Public Works Director Eric Morris said the process to convert three mowers will be performed by Alliance Small Engines for free, with the stipulation that the city buy propane from the company for a period of three years at a rate of $1.56 per gallon.

Morris said the company allowed the city to run one of their mowers with the conversion parts installed since April in order to test the reliability, fuel consumption and oil life. In that time Morris said he noticed the oil lasted longer since the mower was running off of propane, which does not create carbon deposits like gasoline, and that a gallon of propane lasts longer than a gallon of gasoline.

He estimates that the city will be able to save about $2,000 per cutting season, which lasts about eight months. During the cutting season, three mowers are typically cutting somewhere in the city Monday through Thursday, Morris said.

At the end of the three year contract, the city can decide whether to renew or cancel it.

In other business, the Council approved a motion to set the date of the Krewe of the Pearl Mardi Gras parade for Feb. 5, 2018.

The next Council meeting will take place on Dec. 5, at 5 p.m. in City Hall.