Christmas on the Rails, Shop by Candlelight set for Dec. 1 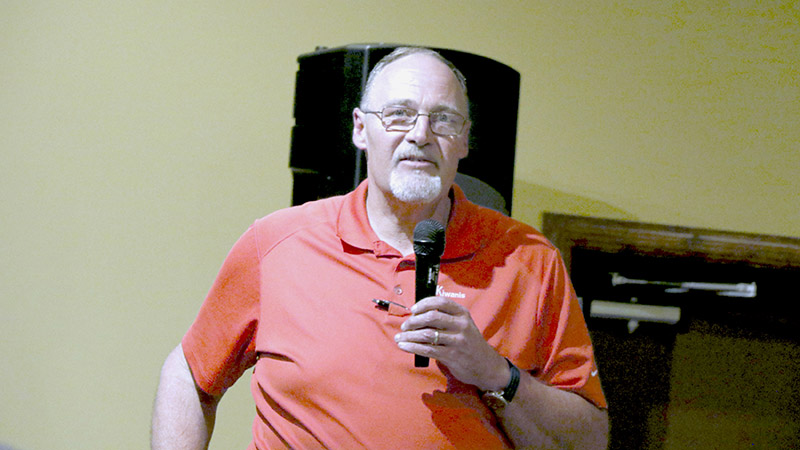 PEP TALK: Picayune Main Street Board member Tom Milar briefs local business owners on the best methods to draw in more customers during the annual Christmas on the Rails/Shop by Candlelight event. Photo by Jeremy Pittari

Christmas on the Rails returns this year with a smaller footprint bringing it back to exclusively the downtown area.

The event is set for Dec. 1, beginning with the Kiwanis Club Pancake Breakfast at 8 a.m. at Southern Char.

The rest of the festivities will kick off at 5 p.m. and end at about 8 p.m.

Tom Milar, one of the organizers of the annual event and a Picayune Main Street Board member, said that means Santa Claus will not be found at Jack Read Park this year, instead he will be stationed at the green space between Pj’s Coffee and the railroad tracks on Main Street.

He will arrive at that location at 5 p.m. via fire truck where he will listen to children’s holiday wishes.

Attendees who would like to see the Grinch from Whoville can find him lurking around the area of 111 North Main Street.

Several opportunities will be available to tour the downtown area, including a toy train ride, two hayrides and stagecoach that will feature three stops at West Canal and Quince Street, the Intermodal Transportation Center and East Canal Street and Curran Avenue.

Hot chocolate stations will be set up across the downtown area to keep attendees warm.

To make the streets glow, luminaries will light the way during the night’s festivities, Milar said. Each participating business owner is asked to put out at least five luminaries in front of their building, and if a neighbor is not participating or the building is vacant, those business owners are asked to fill in the gaps. Picayune Main Street staff will set up the luminaries at all other locations.

Milar urged all participating business owners to offer sales and dress up their store in preparation for the event in order to draw in more customers.