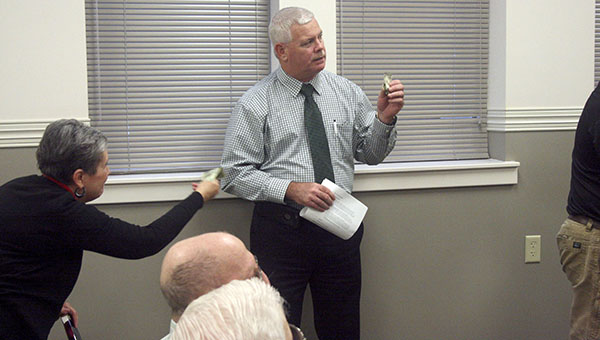 A rate increase from the company that provides natural gas to the city of Picayune may result in an increase to city residents.

Public Works Director Eric Morris presented the agenda item to the council for City Clerk Amber Hinton, who was absent from Tuesday’s meeting.

It’s unclear at this point just how much that rate increase will be. According to documentation provided to the city the rate increase could be between 40 to 60 percent.

Morris said this news is a double-edged sword, because the city’s recent work to replace aging cast iron natural gas pipes throughout Picayune has reduced the amount of unaccounted natural gas from 42 percent to 13 percent, which means that savings would be passed on to residential bill payers. In a best-case scenario, the two situations could wash each other out, Morris said.

In other news, the council took time to recognize Picayune Fire Department Deputy Chief John Mark Mitchell for his 31 years of service to the city after approving a motion to allow him to purchase his badge and helmet for $1. Fire Chief Keith Brown said Mitchell started with the department as a volunteer, moving to a part time position four years later.

Mayor Ed Pinero said Mitchell has done a lot of good for a lot of people.

After the motion was passed several community members and city employees offered to pay the dollar, but Mitchell already had one in hand.