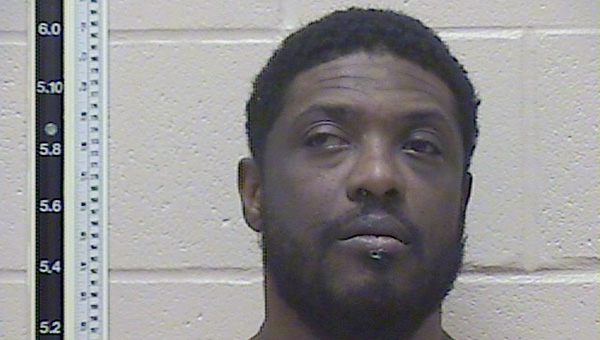 A fight between girlfriend and boyfriend ended with the woman being shot in the arm while she was trying to leave the area in a vehicle.
Pearl River County Sheriff’s Department Chief Investigator Marc Ogden said the department received a call about the incident on Wednesday evening at about 5:30. The call involved a white female being shot in the arm, Ogden said.
Deputies arrived a short time later to find the victim suffering from the gunshot wound, who was later transported to a hospital for treatment.
Ogden said investigation into the incident determined that earlier that night the woman and her boyfriend, 38-year-old Virgil Jarvis, who gave an address of 121 Whitehead Lane, Carriere, had been arguing for an unknown reason.
At one point during the incident the victim attempted to leave the home, located at the 1200 block of Rock Ranch Road, in a vehicle driven by someone else, Ogden said.
As the vehicle was pulling away, Jarvis allegedly ran beside the vehicle and fired a shot into the vehicle where the victim was sitting in the back seat, Ogden said. Jarvis then fled on foot to an unknown destination.
Detectives processed the scene and gathered information on where Jarvis could have potentially fled to, but were unable to locate him initially.
Ogden said he was notified that Virgil had been found sleeping in the Rock Ranch home where the shooting occurred at about 2:30 Thursday morning. Ogden said it appears Virgil was living with the victim at the Rock Ranch home.
A motive for the argument and shooting is still unknown at press time. When Virgil was arrested he had a white powdery substance in his possession believed to be methamphetamine and syringes.
Virgil was charged with aggravated assault domestic violence, possession of a firearm by a convicted felon, felony possession of a controlled substance and possession of paraphernalia.
The victim was treated and released the same night for her gunshot wound.