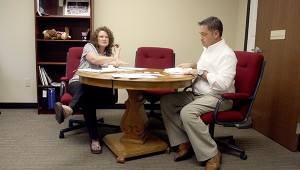 Poplarville’s Board of Aldermen approved a budget with no millage increase Tuesday.

The estimated $2.4 million general fund budget is expected to come in about $40,965 less than the revenue the city expects to receive in ad valorem and sales tax collections.

City Clerk Jody Stuart said she was conservative in her estimations so collections could be more than projected.

The city will also increase their water rates by about 2 percent, instead of the previously suggested 3 percent.

An increase of more than $21,600 in the city employee health insurance premiums is also expected to occur.

“Which meant I had to move some numbers around,” Stuart said.

In the end the board approved assessing property at the same millage rate as last year, or 56 mills. Necaise said one mill in Poplarville generates about $13,000.

To help offset some of that expense, the city is looking into using $60,000 they may receive in permitting fees when Love’s Truck Stop begins construction.

Other uses for those funds include two potential projects also discussed during the meeting. Mayor Brad Necaise said he secured an estimate to install wireless Internet access to the downtown area, which came in at about $5,150. That bid includes a controller, gateway and four repeaters that would be placed along Main Street in the downtown area. Approval of that project was tabled until Necaise can secure more information.

The second project entailed investing some of that permitting money into the development of a Farmer’s Market in the downtown area. No action was taken on that matter.

Necaise said there are also grant funds the city could apply for to help with the expense.