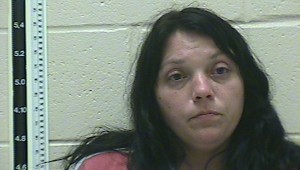 A domestic dispute that went too far led to a woman being sentenced to 25 years in the custody of the Mississippi Department of Corrections.

Alina Dale Lamey, 41, pleaded guilty to the second-degree murder of her live-in boyfriend on July 7 of this year, according to a previous story in the Item.

A guilty plea to the charge of second-degree murder, can range from 20 to 40 years, according to state law.

“This was a case of a domestic quarrel that escalated to the point that someone got shot and died,” Kittrell said after the sentence was handed down. “We can’t tolerate that behavior. There are other ways to resolve our differences other than shooting someone.”

Sullivan was her boyfriend at the time, the previous story states.

Pearl River County Sheriff’s Department personnel arrived and spoke with Lamey, who told them that Sullivan was near a camp fire when he was shot by an unknown person. After he was shot he walked toward the house before falling near the front porch. Investigators noted that Sullivan had a gunshot wound to his back, according to a previous story in the Item.

Sullivan was pronounced dead at the scene, the story states.

A subsequent investigation into the incident led to Lamey’s arrest 12 hours after her call. That investigation gathered enough evidence to show she pulled the trigger, the story states.

In previous coverage of this story, Kittrell said Lamey and Sullivan were fighting off and on during the day of the shooting. While he was in the back yard Lamey shot at Sullivan several times using a .22 caliber revolver, Kittrell said.

“But one actually hit him,” Kittrell said in the previous story.

The investigation showed the bullet that hit Sullivan was shot from a distance of 80 feet, Kitrell said.

Kittrell said the District Attorney’s Office appreciated the hard work the sheriff’s department put into the investigation that led to Lamey’s arrest and subsequent jail sentence on Tuesday.

“They did an excellent job in this case,” said Assistant District Attorney Clay Cranford.