Budget to be approved by council 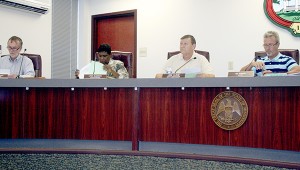 Tuesday Picayune’s City Council will consider adopting the proposed budget for the 2015 fiscal year, which is said to entail no tax increase on the city’s side.

However, there is expected to be a .43 mill increase due to the Picayune School District’s request for funding.

The school district does not request a certain millage, instead they request a dollar amount of funding, which the city has to fill based on ad valorem tax. If the property assessments drop and the funding cannot be reached with the current millage, then an increase is required.

As for the general fund, Hinton said the city’s budget will be balanced, which means the revenues and cash on hand will equal expenses.

The city has some money set aside for emergency situations, such as a major hurricane. When such an event occurs, the closure of major retailers causes a major blow to the sales tax collected. Hinton said the city has a reserve fund established to help keep the city afloat and pay the bills during such a time. Residents who may be keeping a close eye on the city’s budget may have thought they saw a $3 million deficit. Hinton said that figure is misleading, because those funds are set aside for capital projects, such as the natural gas line replacement project and the planned airport overlay project.

As a general rule the city does not use reserve funds or funds set aside for capital projects to pay for operational expenses, Hinton said.

The next council meeting will take place Tuesday at 5 p.m.