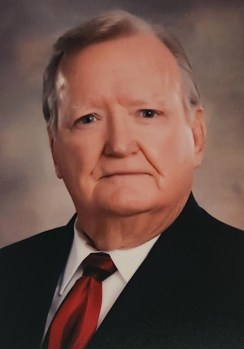 affectionately known as “Papa Dude,” was a beloved father, grandfather, and friend to all who knew him. He was a devout Christian and active member of the Jehovah Witness local congregation who never wavered in his faith.

He was preceded in death by his parents, Zoena Cochran Palmer and Oscar Therlough Palmer; one child, Whitney Herrin; and seven siblings.

Ray graduated from Carriere High School with the Class of 1951. He bravely served in the United States Army Special Forces during the Korean War, stationed at Fort Bragg, North Carolina. Ray had a career as an insurance agent until his retirement. He will be greatly missed and fondly remembered by all who knew and loved him.

Relatives and friends are invited to attend a visitation on Friday, January 27, 2023 from 5:00 p.m. to 8:00 p.m. at Audubon Funeral Home in Slidell. A memorial service will be held on Saturday, January 28, 2023 beginning at 2:00 p.m. at the Kingdom Hall of Jehovah’s Witnesses in Picayune, Mississippi. Ray will be laid to rest in New Palestine Cemetery in Picayune, Mississippi following services. Memories and condolences may be expressed at www. AudubonFuneralHome.com