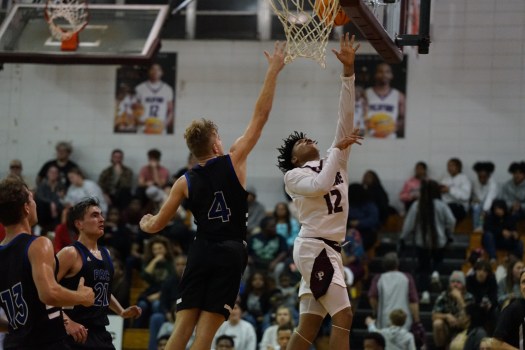 Troy Carter driving in for a layup, on his way to 22 points during Picayune's district win over Pearl River Central on January, 6. 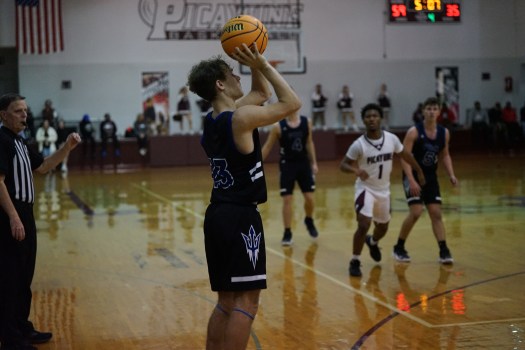 Payton Cardona knocks down a three during his 18-point effort in Pearl River Central's loss to Picayune on January 6.