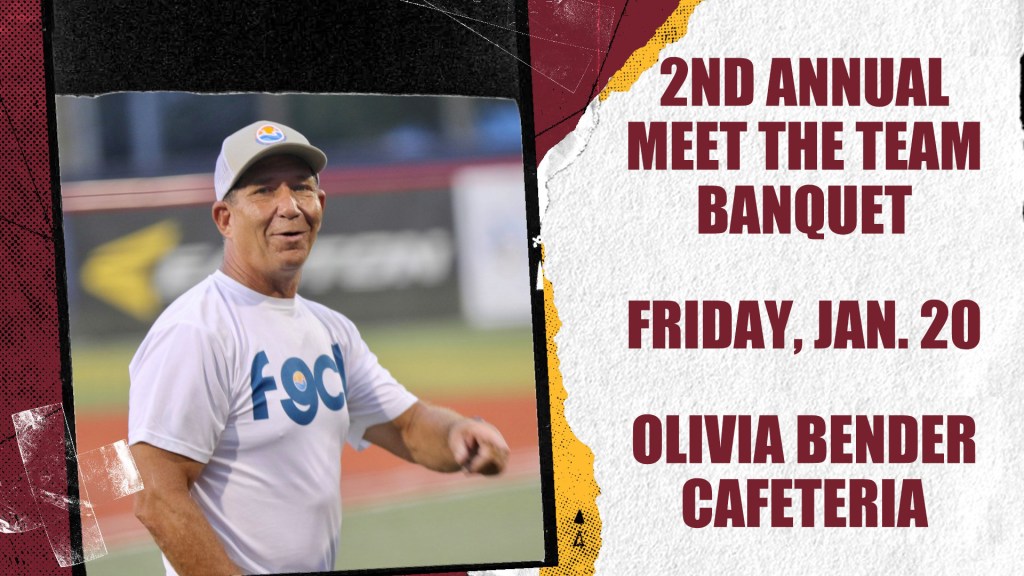 “This banquet means a lot to us and this program. It reminds us of where we started, how far we have come, and where we’re headed” Pearl River coach Christie Meeks said. “We love having the opportunity to fellowship with our girls, families and supporters. This is an event we can’t wait to have each year.”

The Meet the Team Banquet will take place in the Olivia Bender Cafeteria on PRCC’s Poplarville Campus. The doors will open at 6:30 p.m., and the banquet begins at 7:00 p.m. Tickets are $30, and there is no charge for children under 12.

After he graduated from Winthrop, Scott remained involved in sports primarily through coaching. Scott has conducted softball and baseball clinics throughout the United States and overseas in Prague, the Czech Republic, Curacao, and the Netherlands.

In 2017, Scott joined the Winthrop University softball staff as a volunteer assistant coach. He continues to serve on the Eagles coaching staff.

For the past three summers, Scott has served on the coaching staff for the Manatee Impact of the Florida Gulf Coast League (FGCL). The FGCL is a competitive 12-team summer collegiate softball league located in Sarasota and Manatee counties Florida.

In 2021, Scott became the General Manager of the professional softball team, the Florida Vibe. The Vibe had its inaugural season in 2022 and finished with a record of 28-4. Some of the marquee wins came against the USSSA Pride and Smash It Sports Vipers, both of the Women’s Professional Fastpitch Softball League. The Vibe also tallied notable wins against the National Olympics teams of Canada, Puerto Rico, and Mexico.

Throughout his coaching career, Scott specialized in game management, hitting, defense and recruiting.

To register for the banquet, visit PRCCAthletics.com/Tickets.

Pearl River Community College’s Athletics Department is cashless for ticketing during the 2022-23 academic year. Fans can purchase either single-game or season tickets for the 2023 Wildcat softball season. Fans can purchase tickets online at PRCCAthletics.com/Tickets or download the HomeTown Ticketing app to their mobile device to purchase and store their tickets.