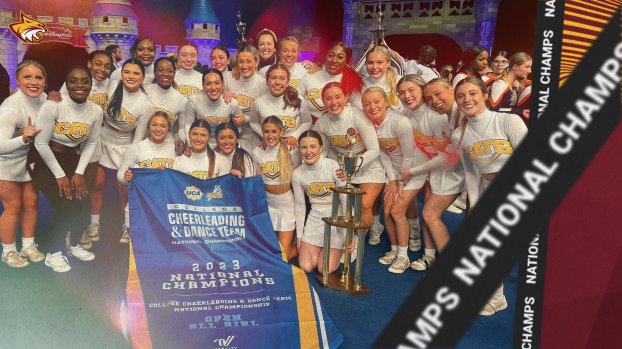 “I am so proud of this team,” Pearl River coach Sarah Smith said. “To hit zero in front of the castle on the final day of College Nationals is a dream, and these girls made it a reality. Grit and drive. They had it when it counted, and now they’re going home back-to-back UCA Open All-Girl College National Champions.”

The Wildcats earned a fourth-place finish in Saturday’s semi-finals but took it up a notch on Sunday as they surged to the top in the finals.

“We knew that trying to take home a back-to-back National Championship would make for a unique and intense weekend of competition,” Pearl River coach Sarah Smith said. “We felt the pressure going in and unfortunately it showed in our semifinals performance. Thankfully, we did enough to advance to finals, but none of us liked hearing that three teams scored higher than us in semis.

“Although scores are wiped clean for the final round, it can be difficult to overcome a shaky performance. Saturday night we had a talk, and I asked the girls to fight. I asked them to fight to the finish, and that’s exactly what they did.”