Mississippi had the nation’s highest rate of individuals eligible for Supplemental Nutrition Assistance Program (SNAP) benefits in 2020 — nearly 1 in 3 — according to a U.S. Census Bureau data visualization.

The recently redesigned visualization, which shows SNAP benefits in 1,157 counties in 23 states aims to increase understanding of access to SNAP and inform future outreach.

How the Tool Was Built

We linked individual ACS records to state administrative records of SNAP participants, following a methodology outlined in a 2013 report.

Our redesigned visualization features new estimates of 2020 SNAP eligibility and access in 13 of the 23 states featured.

Our redesigned visualization features new estimates of 2020 SNAP eligibility and access in 13 of the 23 states featured. Among them, eligibility was lowest (13.1%) in Wyoming and highest (32.1%) in Mississippi.

For example, 53.1% of non-Hispanic Black alone Mississippians and 19.5% of the state’s non-Hispanic White alone populations were eligible for SNAP benefits.

Households with children were much more likely than those without kids to qualify.

Eligibility varied a lot at the county level, too.

For example, Hinds and Rankin are neighboring counties in central Mississippi and among the state’s most populated. But the SNAP eligibility rate in Hinds County (39.3%) is double the eligibility rate of Rankin County (19.3%). 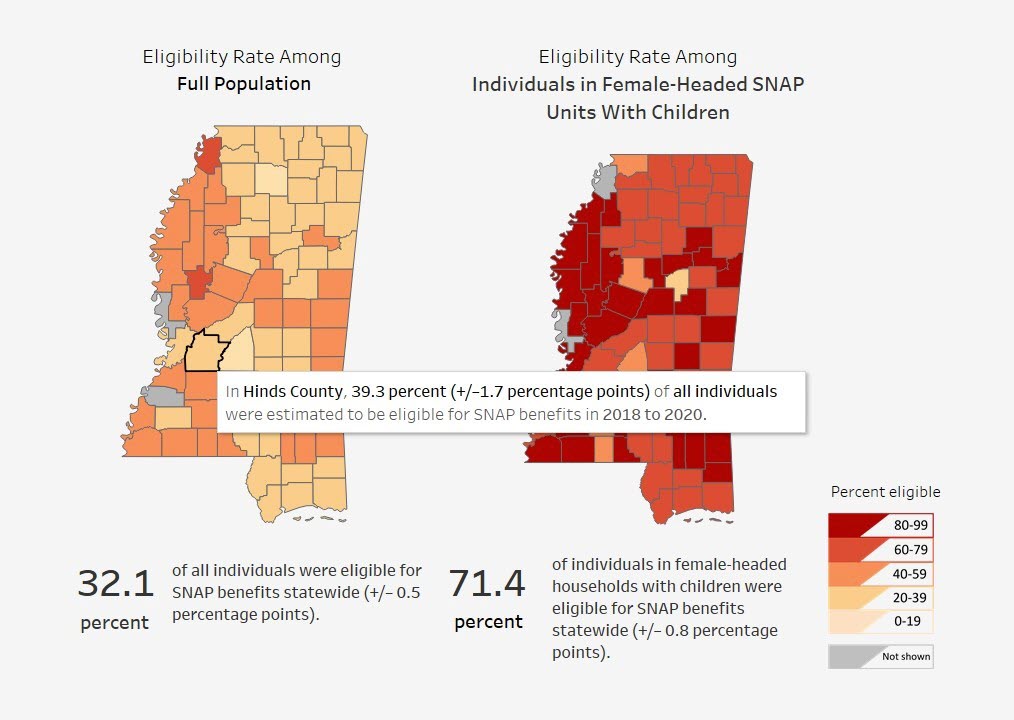 The maps also highlight county-level trends in SNAP eligibility among the demographic subgroups. In over 30 counties in Mississippi, the SNAP eligibility rate among individuals in female-headed families with children is over 80%.

The Census Bureau created and routinely updates the data visualization with support from the USDA’s Economic Research Service and Food and Nutrition Service and data from multiple state partners. 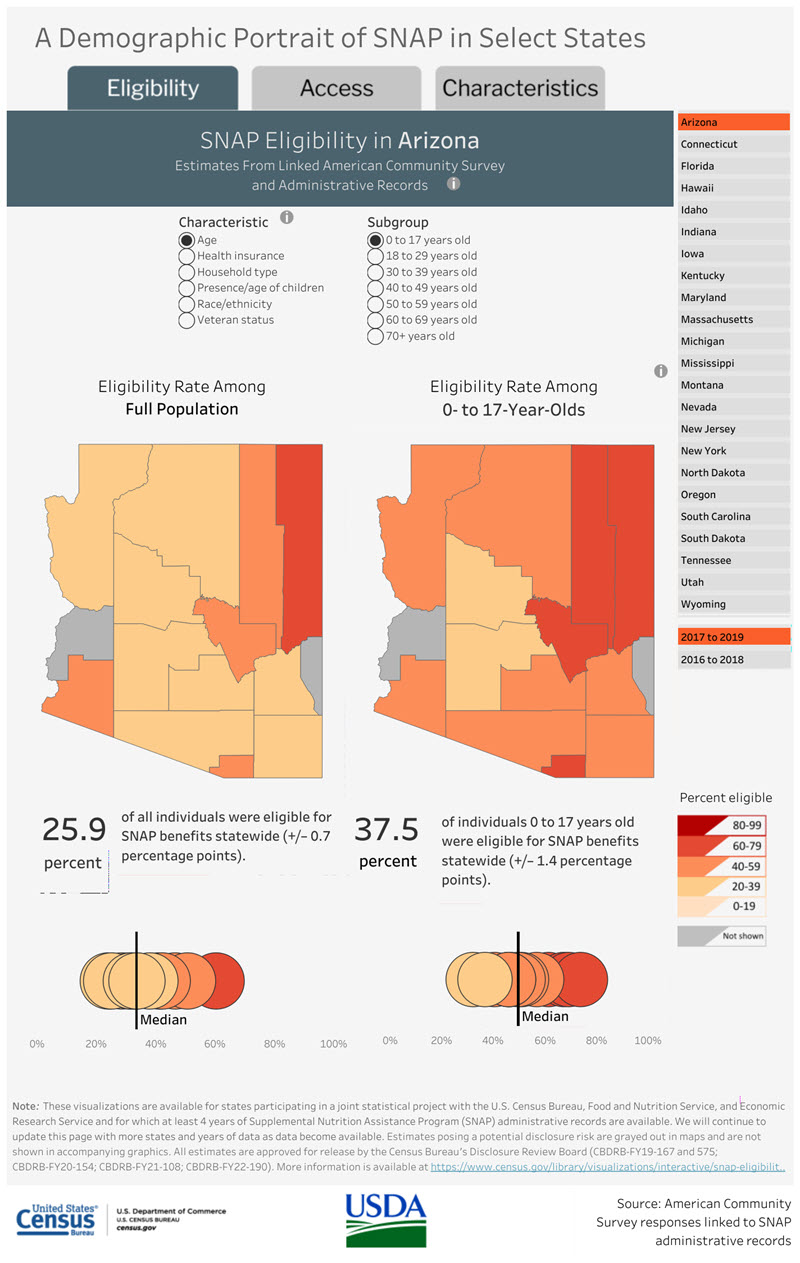 We also have a Women, Infants, and Children (WIC) Program Eligibility and Participation data visualization.