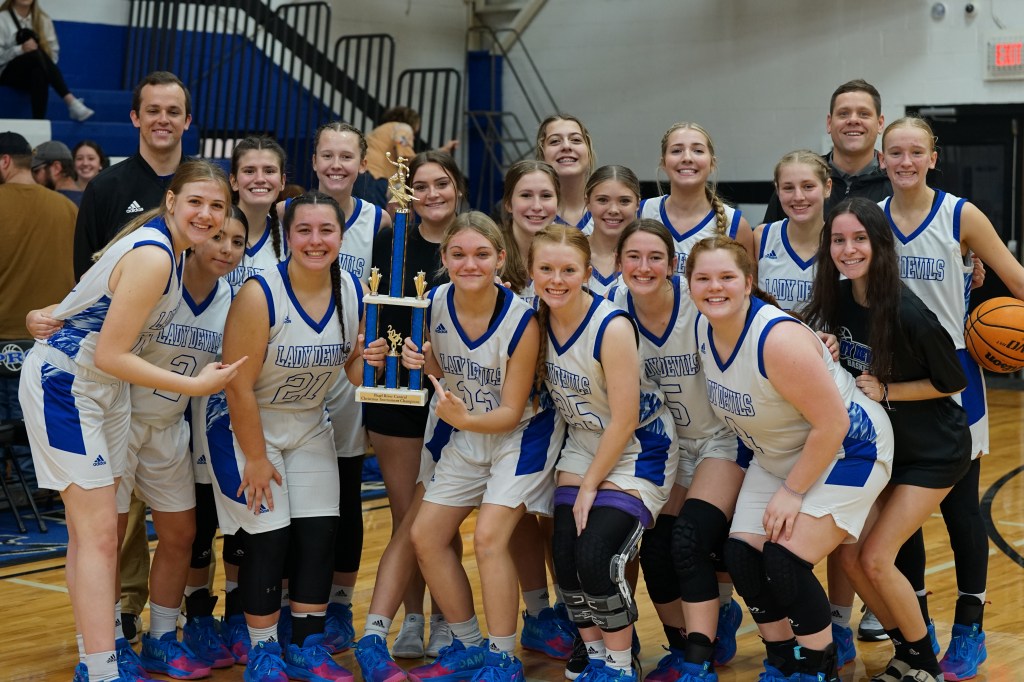 Day two of the Pearl River County Holiday Classic Tournament featured a county rivalry against the boys and girls of Pearl River Central vs. Poplarville. Other games featured St. Martin vs. Stone.

In the boy’s division, PRC beat Poplarville, 66-26. PRC’s Donnie Ladner finished with a game-high 13 points. Payton Cardona had 11 pts., and Jack Jenkins had 9. Hornets Zack Smith finished with a team-high 13 pts. This win gave PRC a third-place finish in the tournament after going 1-1. Poplarville placed fourth with 0-2 records in the tournament.

In the girl’s division, The Lady Blue Devils beat the Lady Hornets in the championship game, 51-24.

PRC was 2-0 and Poplarville was 1-1 during tournament play.

Pearl River County basketball and soccer enter their respective district schedules this month. Here are the next three games from each school.

Note: boys and girls basketball teams will play the same opponent. Girls play at 6 and boys play at 7:30 p.m. All soccer games will kick off with girls at 5:30 p.m. and boys at 7 p.m.

After the Maroon Tide (5-12) and Lady Maroon Tide (3-16) teams host PRC, they will then travel to play West Harrison on Jan. 10. Then they’ll travel to Long Beach on January 13.

The Hornets (0-9) and Lady Hornets (6-5) will travel to play Purvis on January 6. Then they’ll host Forrest County Agriculture on January 10 and Columbia on January 13.

For soccer in Pearl River County, The Hornets (6-4-1) and Lady Hornets (7-2-1) will travel and Pascagoula on January 3. They’ll then host Columbia on January 6 and travel to the Forrest County Agriculture on January 10.