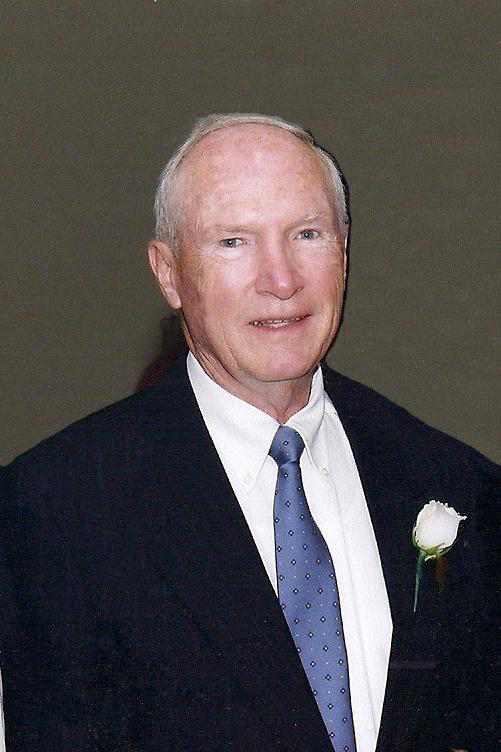 Joseph Albert Shirer born on February 26, 1930, in New Orleans, LA passed away on January 8, 2023 at the age of 92 at his residence surrounded by family members. He was the son of the late Irwin Newton Shirer and Emily Harris Shirer. He graduated from Jesuit High School in New Orleans, in 1948 and participated in all four varsity sports – football, basketball, baseball and track that each won the 1946 State Championships. He attended LSU on a football scholarship and played in the Sugar Bowl. Joe graduated from LSU in 1953 with a degree in Petroleum Engineering. Joe married Kathleen Hymel in 1953. They resided in New Orleans until retiring to Poplarville, MS in 1991. Joe was devoted to the love of his life, Kathleen and his family. He served active duty in the Air Force from February, 1955 to February, 1957 and remained in the Air Force Reserve until October 1965, retiring as a Captain. He worked for Exxon for 33 years, retiring in 1986 as a senior technical advisor. He originated and recommended most of the high profit projects completed during his career at Exxon and was widely recognized as an expert reservoir engineer. After retiring at age 56 from Exxon, he established his own engineering consulting company and then with the purchase of his Poplarville, Mississippi property, he became a farmer raising cows, sheep and cultivating crops. Joe is survived by his eight children; Elizabeth M. Shirer, Joseph A. Shirer, Jr., MD, Peter J. Shirer and his wife, Laurie L. Shirer; Mary S. Romagosa and her husband, David J. Romagosa, Margaret S. Adams and her husband, Terry L. Adams, Doris S. Bryan and her husband, Thomas F. Bryan, Kathleen E. Shirer, and Rebecca S. DeMonte and her husband, Scott L. DeMonte, his fourteen grandchildren and his siblings, Irwin N. Shirer, Jr., Robert J. Shirer, Joan Shirer LaPointe and Lois Shirer Smarr. He was preceded in death by his parents, Irwin Newton Shirer and Emily Harris Shirer, his siblings, Marie Shirer McClure, Emily Shirer Carazo, Richard H. Shirer, and Frederick D. Shirer.