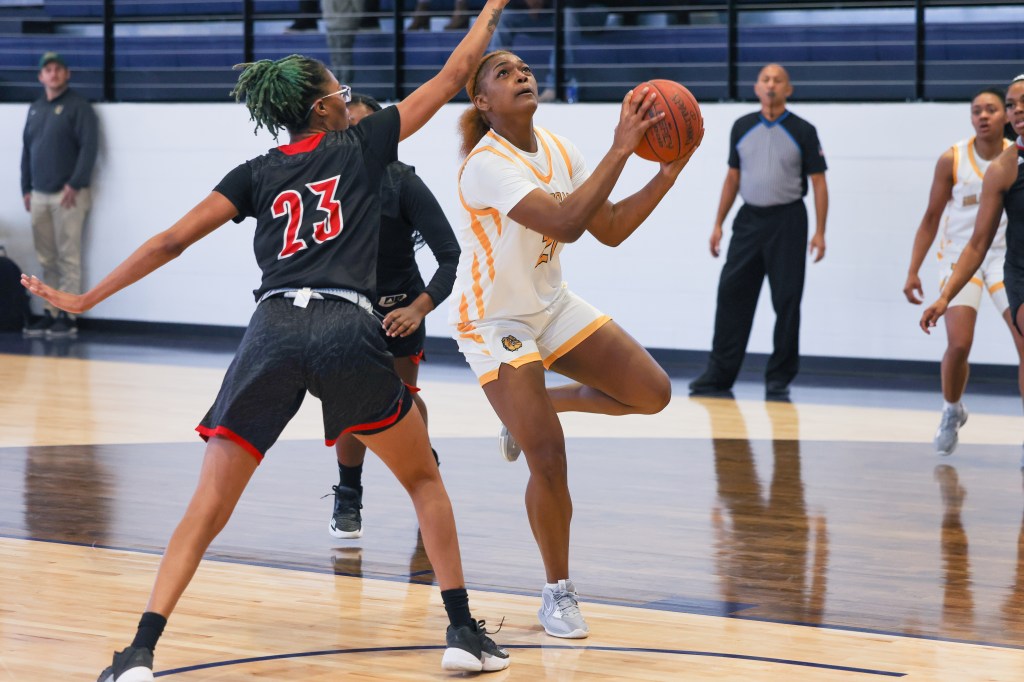 “Coming off the break, we played OK,” Gulf Coast coach Hope Adams said. “I really love this team. We’re a young team, but we have some experience with TK and Elsie. They share the ball and we can play fast.”

“They came back in decent shape,” Adams said. “We only had six players tonight, and I love the way they handled the adversity tonight.”

Gulf Coast got 17 of the first 20 points of the fourth quarter to put the game away, leading by as many as 26 down the stretch.

Catchings had 14 points in the second half.

“We talked to her about being more of a defensive presence on the boards,” Adams said. “I think she’s bought into that. I told her last week that this is her semester. She’s got two months here before she gets to move on, and she needs to leave with a bang.”

Gulf Coast will make up a non-conference game Saturday when the Bulldogs take on Lawson State. Tipoff is set for 2 p.m. The game will be streamed at https://mgcccbulldogs.com/watch. They resume MACCC play Monday when No. 12 Jones hosts them in Ellisville. Tipoff will be at 6 p.m.