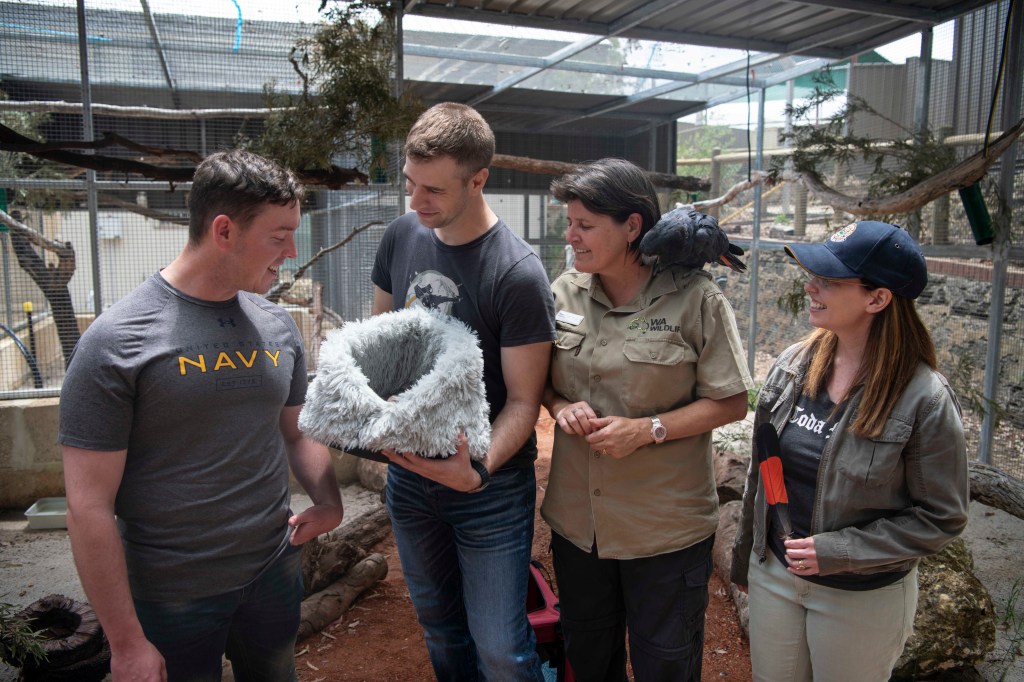 Approximately 15 Sailors worked a range of tasks at the wildlife center, including upgrading marsupial and wombat enclosures, improving accessibility in public areas, and helping with general maintenance.

“As a Sailor, the idea of service is deeply important to me,” said Sonar Technician (Submarine) 1st Class Sean Benedict. “Coming to Australia is a once in a lifetime opportunity for most Sailors, so, having a chance to visit and also to help with the local community has been very rewarding.”

U.S. Consul General, Siriana Nair, participated in the day’s events and said she was proud of the Navy’s commitment to communities and conservation.

“Our U.S.-Australia alliance is longstanding and active throughout Western Australia, and our close friendship exists at all levels,” said Nair. “Sailors have a choice between rest and relaxation at port or volunteering a local organization. More than 50 sailors offered to volunteer their time to participate in this event and it shows how eager they are to connect with and serve the Western Australian community.”

Mississippi arrived at HMAS Stirling Naval Base in Western Australia, Nov. 28 for a scheduled port visit to enhance interoperability, communication, and strengthen relationships among like-minded nations.

Mississippi is one of six Virginia-class fast-attack submarines to be homeported in Pearl Harbor. The submarine is 377-feet long, displaces 7,800 tons, and is equipped to carry torpedoes and Tomahawk missiles. It possesses the capacity to insert special operations forces into a multitude of environments and battlefield scenarios.

Mississippi is the fifth Navy ship, and first submarine, to be named in honor of the people of the Magnolia State.