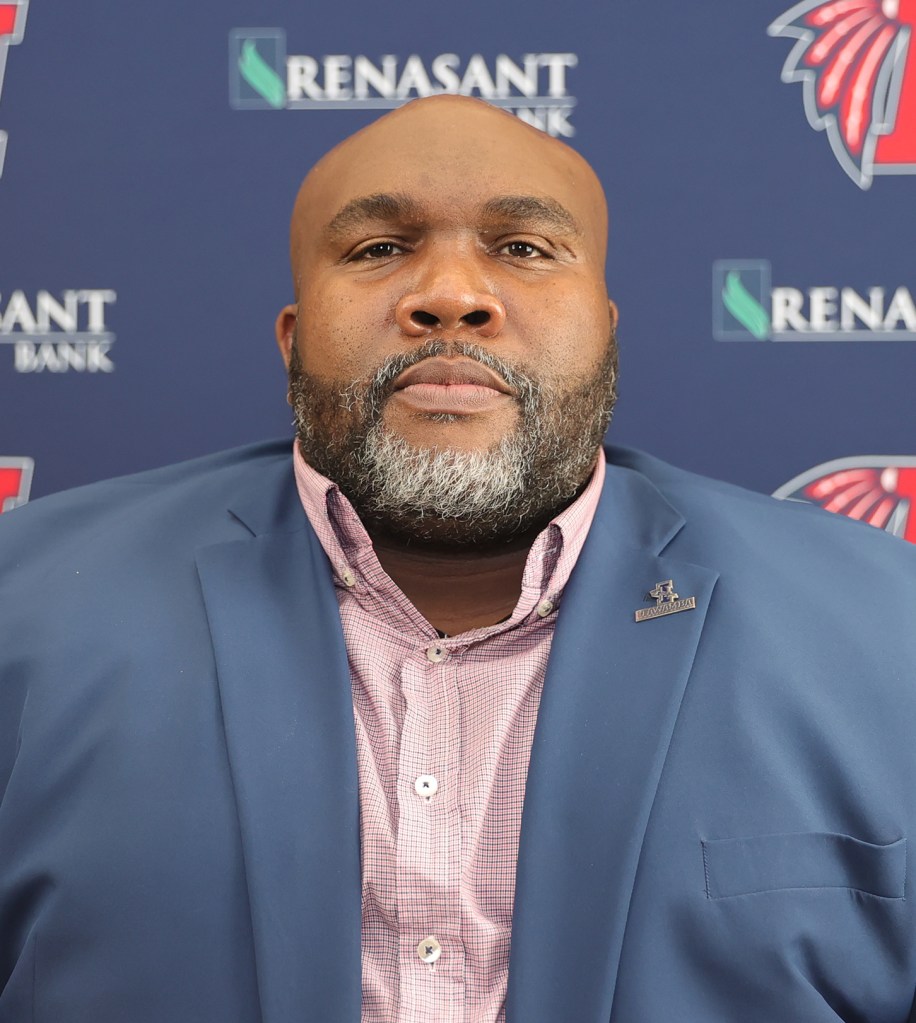 “It’s an exciting time for me and my family,” said Macon. “Everyone has made us feel at home, and we’re ready to get started and look forward to this new journey we’re on.”

“This was a home run,” said Dean of Students and Athletic Director Dr. Chad Case. “I’m excited to bring Coach Macon on campus, and he’s going to bring some assistants who bring a lot of fire and intensity to the program as well.”

Coach Macon and his staff quickly changed the narrative that once surrounded Coahoma Community College’s football program. The Tigers went from a program that had only five wins since 2013 to winning 11 games on the field and earning national rankings in his three years as head coach.

Before turning things around in Clarksdale, Macon served five seasons as the defensive line coach at Northwest Mississippi Community College. During the 2017 season, the Rangers had the league’s top scoring defense (19.5 ppg) and second-ranked total defense (302.3 ypg). Northwest had 93 tackles-for-loss and 32 sacks that same season, a year after breaking a 24-year-old school record with 117 tackles-for-loss and 46 sacks.

He started his career at his alma mater, Northeast Mississippi Community College. After coaching the offensive line in 2008, he started working with the defensive line as defensive coordinator in his final five seasons in Booneville. The Tigers, who were nationally-ranked, made their first playoff appearance in six seasons in 2011.

“You could see early on that Coach Macon was a really good fit for Itawamba Community College and our football program,” said ICC President Dr. Jay Allen. “I think he will be a great addition to the ICC Family and what he will bring both on- and off- the football field will be tremendous for our student-athletes.”

Macon transferred from Northeast to the University of Mississippi where he played offensive tackle for the Rebels from 2000-02 for head coach David Cutcliffe. Macon and the Rebels made an appearance in the 2000 Music City Bowl.

Macon says his first priority is getting his coaching staff on campus and then hit the road recruiting.

“I’m looking for players that love football,” Macon said. “If you’re one of those guys that want to work hard, that want to get better and want to get developed then you’re the guy I’m coming to see.”

Macon and his wife, Deimara, have three children, Haleih, Brian and Ambrielle.

For more information on ICC football and the 10 other intercollegiate athletic programs, follow @LetsGoICC on your favorite social media platform and visit LetsGoICC.com.