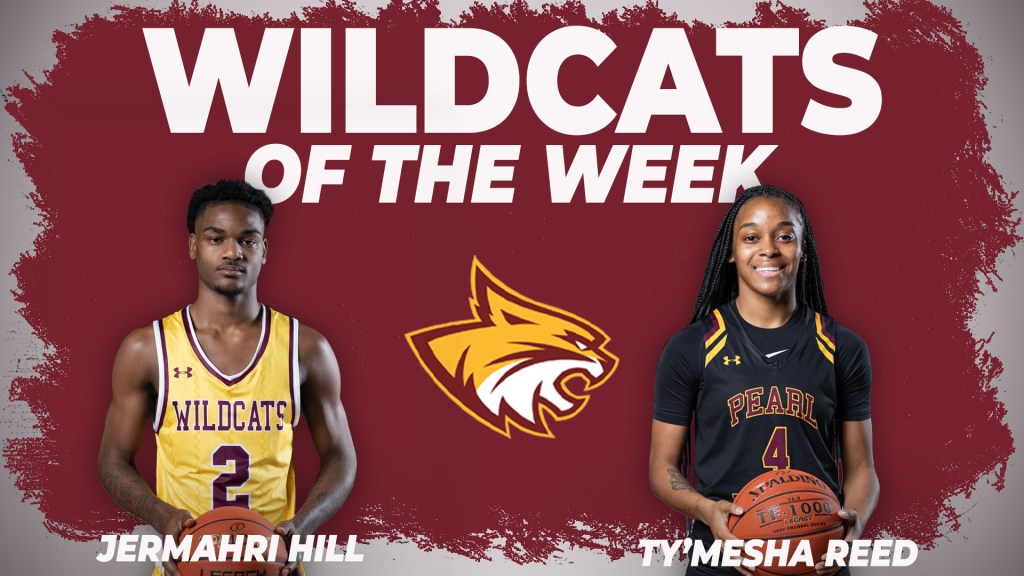 POPLARVILLE, Miss. — Pearl River basketball’s Jermahri Hill (Bessemer, Ala.; Berkmar) and Ty’Mesha Reed (Meridian) have been named Wildcats of the Week after incredible performances a week ago.

JERMAHRI HILL
Hill wins the award for the second time this season after a great outing on the road against Baton Rouge. The freshman led Pearl River to an 83-54 win while scoring 23 points and hauling in four rebounds. He also chipped in two steals in the contest.

Hill has been a major force for the Wildcats this season. He currently leads the Wildcats in points per game with 17.1 while also averaging 5.7 rebounds and three assists.

TY’MESHA REED
Reed earns the award after leading the Wildcats to impressive wins over Columbia State and Holmes. In Pearl River’s 95-28 victory over CSCC, Reed finished with 12 points, five assists and a pair of steals.

The sophomore took it up a notch in a non-conference matchup with Holmes, finishing with six assists, five rebounds and a career-high 19 points.

Reed has been an important factor in Pearl River’s 8-0 start to the 2022-23 campaign. She currently leads the team in assists per game with 4.5. Her 7.5 points per game rank fifth best on the team.

NEXT UP
Women’s basketball wraps up its 2022 slate of games Friday and Saturday. The Wildcats travel to Columbia State on Friday for a 5 p.m. tipoff before heading to Gadsden State on Saturday for a 2 p.m. matchup.