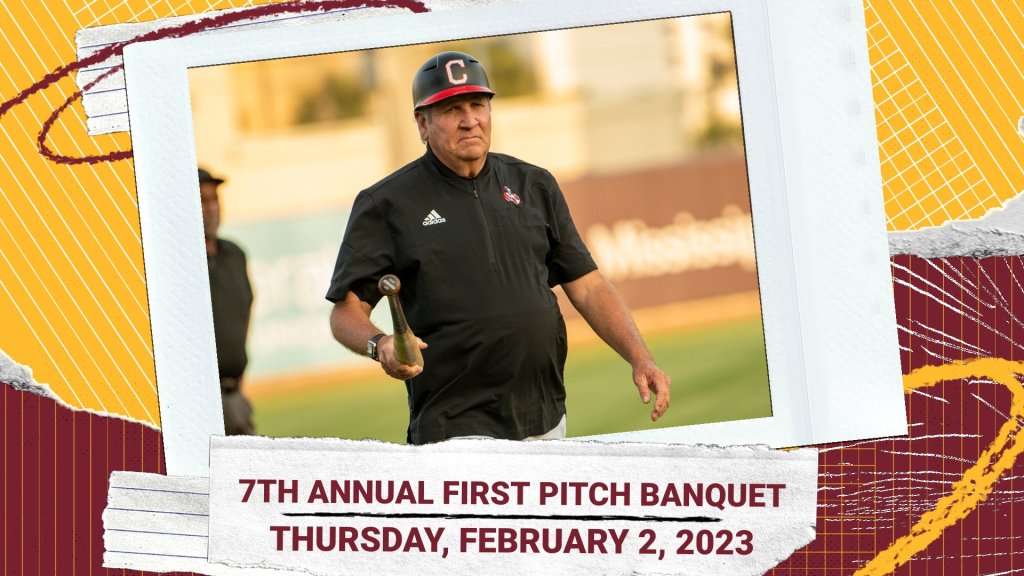 POPLARVILLE, Miss. — Pearl River baseball is set to get its 2023 campaign started with its seventh annual First Pitch Banquet, and Wildcat skipper Michael Avalon has announced that long-time William Carey coach Bobby Halford will be the guest speaker.

“Coach Halford is one of the legendary baseball coaches in Mississippi’s history,” Pearl River coach Michael Avalon said. “Year in and year out, William Carey baseball competes for championships in one of the toughest NAIA conferences in the country but also competes nationally as one of the top teams.

“With over 1200 wins in his career, Coach Halford has made William Carey a mainstay at the top. A winner and man of faith and integrity, we look forward to Coach Halford joining us at our dinner.”

The banquet will take place inside the Olivia Bender Cafeteria on Pearl River’s Poplarville campus. The doors will open at 5:45 p.m. for a silent auction and the banquet will begin at 6:30 p.m.

Halford is a native of Meridian and graduated from Meridian High School where he was a member of a State Championship baseball team. Upon graduation, Halford attended William Carey as a member of both the baseball and basketball teams.

Halford joined the coaching ranks at Carey soon after, becoming an assistant baseball coach and the first head coach of WCU’s women’s basketball program. Halford served at the helm of the women’s program for 10 seasons, going 152-112 during that time. He also captured the 1982-83 Gulf Coast Athletic Conference Championship.

Halford served as an assistant baseball coach for eight seasons, winning three GCAC championships and one NAIA Regional Tournament win during his tenure. He wrapped up his time as an assistant coach in 1984 when he was named the Director of Athletics, a role in which he served until 1987.

The Crusaders earned berths in the NAIA Regional each year from 1997-2000 as well as capturing the 2000 GCAC Tournament Championship.

William Carey captured four consecutive GCAC Championships and Regional appearances from 01-04 with Halford earning GCAC, ABCA, and Rawlings Coach of the Year in ’03 and ’04.

In 2005, the Crusaders won the GCAC Tournament Championship and made an NAIA Regional Appearance.

Halford’s Crusaders captured the GCAC Championship for the last time in 2009 and hosted the opening round of the NAIA National Tournament.

After transitioning to the Southern States Athletic Conference, WCU earned NAIA National Tournament bids in ’11, ’13, and ’16.

In 2017, the Crusaders won the opening round of the NAIA Tournament to earn a berth in the NAIA World Series where they finished in third place. Halford was named ABCA Regional Coach of the Year which was followed up with an NAIA Coach of the Year designation soon after.

2018 saw WCU narrowly miss out on a repeat trip to the NAIA World Series.

35 of Halford’s former players have moved on to play professionally and many more are in the coaching ranks.

To register for the banquet, visit PRCCAthletics.com/Tickets.