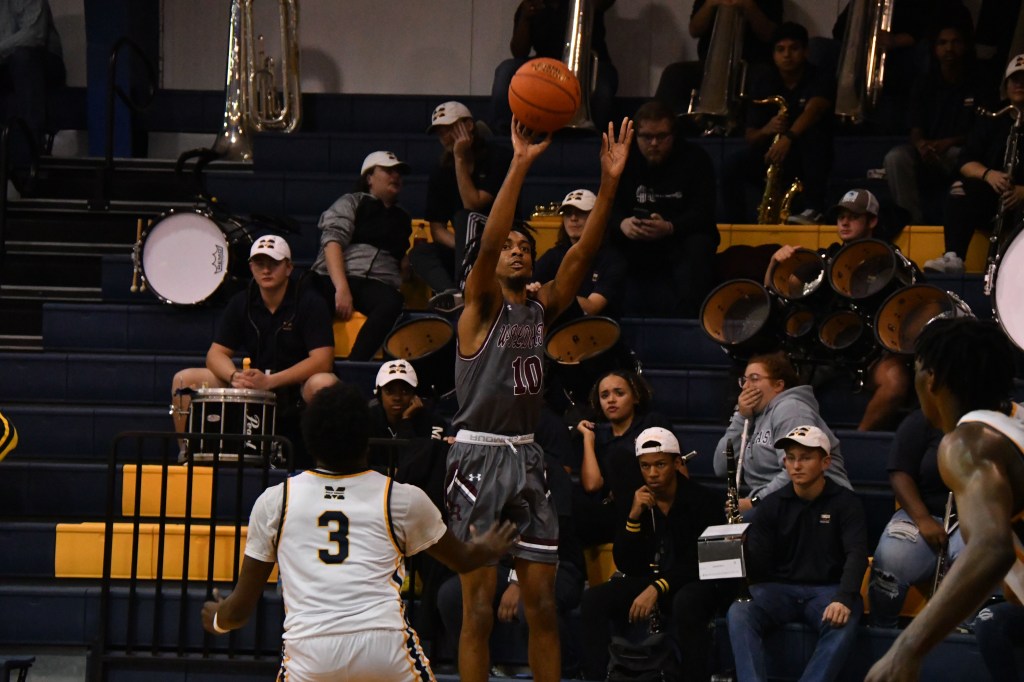 POPLARVILLE, Miss. – The No. 21 Pearl River men’s basketball team closed out their fall 2022 schedule with a convincing 91-54 over the Royal Ambassadors Monday night inside Marvin R. White Coliseum. The game served as a breakout game for sophomore Preston Turner (Laurel; West Jones) who 15 points and 12 rebounds.

“I am excited for him,” PRCC Coach Chris Oney said. “He is always focused. He embodies what a Wildcat is all about because he is appreciative.”

The Wildcats started the game with a bang as Dylan Brumfield (Oak Grove) found Jermahri Hill (Bessemer, Ala.; Berkmar) with a lob that Hill dunked home. The Royal Ambassadors kept the game close through the first part of the first half. The Lions held an early lead as both teams found points hard to come by. Caleb Rawls (Columbia; East Marion) had back to back baskets to give the Wildcats a 13-11 lead, PRCC would not trail for the rest of the game. Oney used his depth in the first half to his advantage as ten Wildcats saw playing time in the half with eight scoring. Brumfield led all Wildcat scorers in the first half with nine points. Brumfield scored five straight points for PRCC, he scored on a clear path foul and converted both of his free throws. After a bench technical on the Lions, Brumfield completed the five-point run with a free throw. Turner contributed eight first-half points and eight rebounds. The Wildcats led 49-24 at the half.

The second half picked up where the first half ended for the Wildcats. PRCC continued to build on their first half lead with early baskets by Hill, Turner, and Dyllion Redmond (Jackson; Callaway). Cam Brown (Hattiesburg) helped keep the Wildcats on track with nine points, six rebounds and three assists in the second half.

LEADING THE WAY
Brown led all Wildcat scorers with 16 points. He also had six rebounds and six assists. Turner added a career-high 15 points and 12 rebounds; Hill contributed 13 points and 11 rebounds; Redmond also had a career high in points with 11 and tied his career best in rebounds with six.

The Wildcats will begin their conference schedule when they return from the Winter Break. Oney said it will be important for PRCC to come back focused.

“It will be important for us to get off to a good start,” he said. “We have a lot of the top teams at home. We have to try and take care of business at home.”

The Wildcats return to the court after the new year when they host East Central on January 5th. Tipoff inside Marvin R. White Coliseum is set for 6:00 p.m.