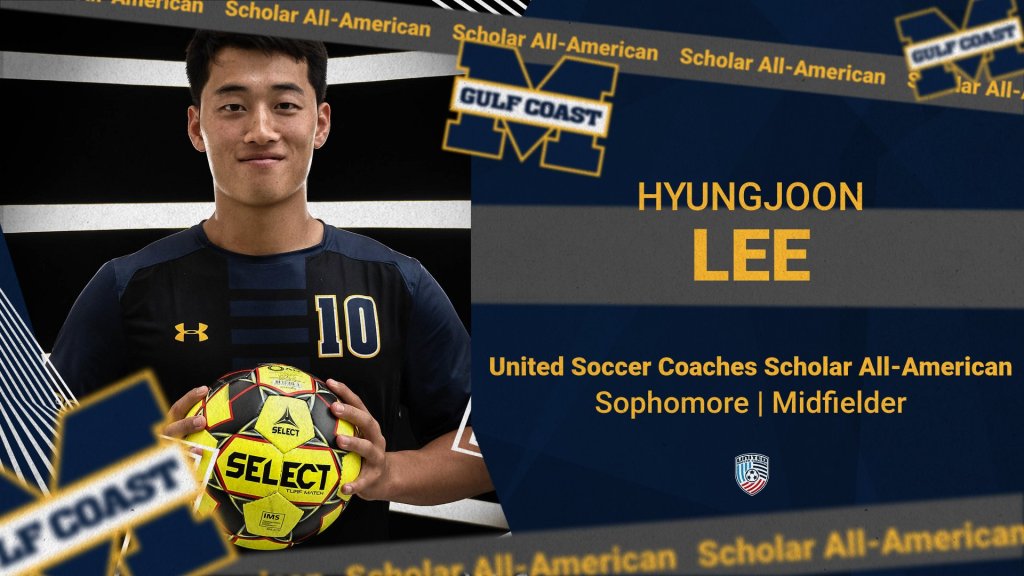 Lee, a sophomore midfielder from Suwon, South Korea, has compiled a 3.73 grade-point average while studying business. There are 11 players, all sophomores, on each of the First and Second teams.

In addition to his excellence in the classroom, he’s a two-time NJCAA All-American and United Soccer Coaches All-American. He finished second in the MACCC with 14 goals while adding four assists.

Lee also saw significant playing time at forward and defender during the season.