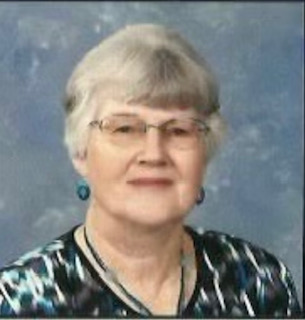 Hazel Norma Hill Jones, 86, of Ellisville, Mississippi, passed away Thursday, December 8, 2022, at the Asbury Hospice House in Hattiesburg. She was born Friday, November 6, 1936, in Ellisville.

Visitation will be held on Thursday, December 15, 2022, from 5:00 PM until 7:00 PM at Pine Grove Baptist Church on Highway 590 in Ellisville. Visitation will also be held on Friday, December 16, 2022, from 10:00 AM until 11:00 AM at Pine Grove Baptist Church with funeral services beginning at 11:00 AM. Burial will follow in Gandy Cemetery in Ellisville. Bro. Greg Gavin will officiate. Ellisville Funeral Home is in charge of arrangements. 601-477-3797

Mrs. Jones grew up in the Pine Grove Community of Jones County. After high school, she attended the South Mississippi Charity Hospital School of Nursing and became a registered nurse. On January 11, 1959, she married Charles Jones, whom she originally met on a blind date. As a devoted pastor’s wife, she enjoyed developing relationships with church members across the state. Mrs. Jones also served as a Southern Baptist home missionary along with her husband, serving the prison staff families at Parchman. She spent her career as a registered nurse and ultimately retired as the Director of Nursing for the North Sunflower County Hospital in Ruleville, Mississippi.

After retirement, Mrs. Jones was a very active secretary and treasurer of the South Mississippi Charity Hospital Nurse’s Alumnae Association and the Gandy Cemetery Association. She loved gardening and was known for sharing her produce with family, friends, and even her doctors. She was an excellent seamstress, sheep groomer, and cook. Spending time with her family was her most treasured pastime.

She was preceded in death by her parents, Sidney and Ethel Hill; two brothers, Sidney Hill, Jr., and Medwell “Bid” Hill; and one granddaughter, Heather Weber.

In lieu of flowers, the family requests that memorial donations be made to the JCJC Foundation, INC. at 900 South Court Street, Ellisville, MS 39437 in Memory of Hazel to South MS Charity Scholarship Fund.

Special music will be performed by Luigi Zaninelli.

An online guestbook may be signed at www.ellisvillefuneralhome.com.