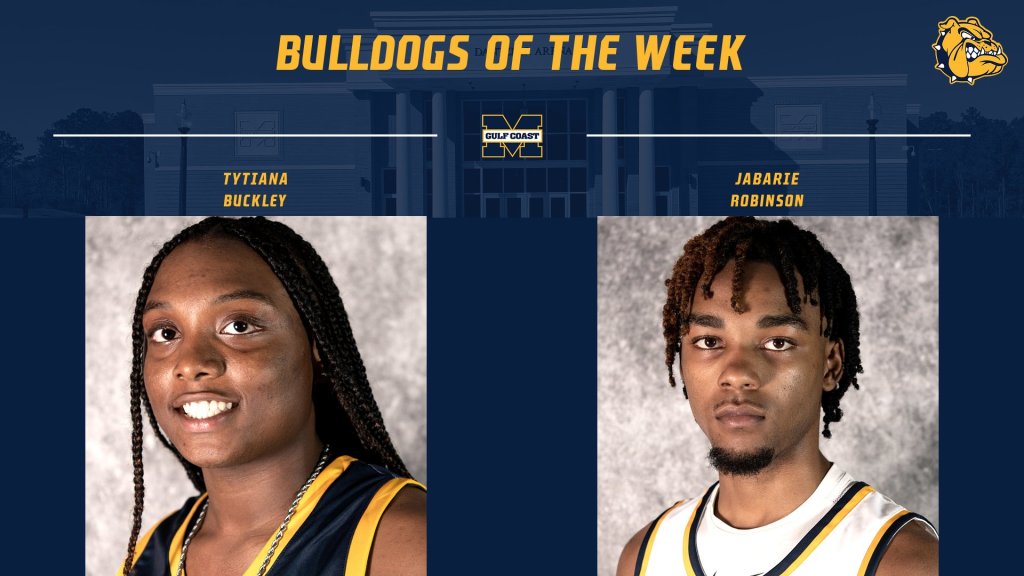 PERKINSTON — Tytiana Buckley and Jabarie Robinson have been named Bulldogs of the Week for Nov. 5-11.

Buckley, a freshman guard from Meridian, came off the bench to score 17 points in a 61-39 win over Hinds. She also grabbed six rebounds and had four steals in the Bulldogs’ only game of the week.

Robinson, a freshman guard from Raymond, averaged 11.5 points and 6.0 rebounds during a 1-1 week for Gulf Coast. He had 10 points and eight assists in a 67-58 win over Lawson State. Robinson had 13 points and four rebounds in a 71-67 loss to LSU Eunice.