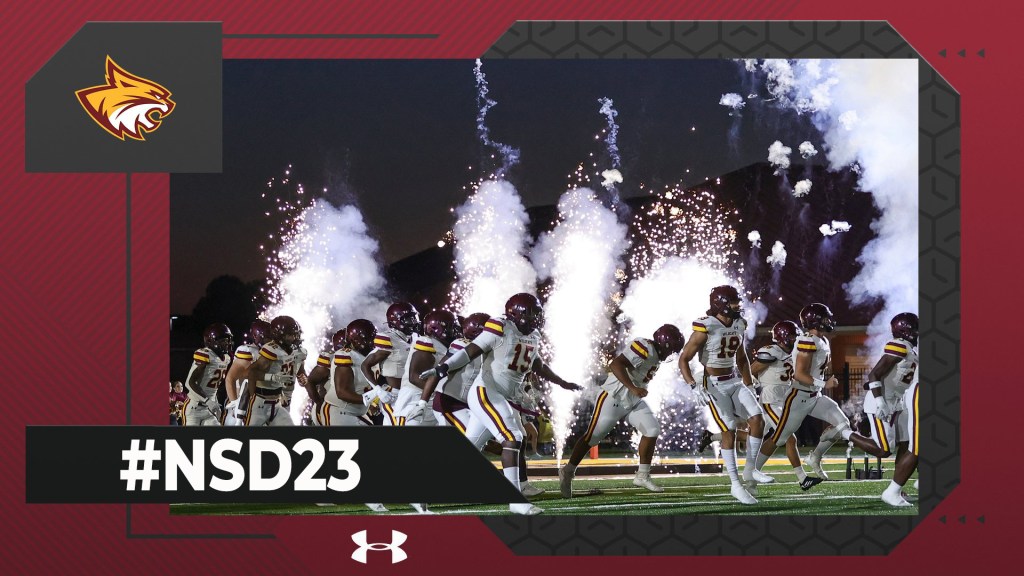 POPLARVILLE, Miss. — Following one of its best seasons in recent history, the Pearl River football team is sending 11 standouts to the next level.

Several more Wildcats are expected to sign in the spring.

Aaron joins the Colonels after holding down one of the offensive guard positions for PRCC all season long, helping the rushing offense average a remarkable 4.1 yards per carry. Aaron was also valuable in pass protection as the PRCC offensive line allowed just 10 sacks through nine games.

Aaron was instrumental in PRCC’s 533 total-yard outing in the season opener against Holmes.

Bryant heads to the Bisons after anchoring down one of the tackle positions for Pearl River in 2022.

With his help, Pearl River achieved one of its best seasons in recent history. PRCC averaged 307.7 yards per game with 170.9 of those coming on the ground and 136.8 coming through the air.

Byrd III joins the Panthers after a remarkable season in 2022.

He arrived at Pearl River as a quarterback before transitioning to a defensive back. After changing positions, Byrd III was an immediate difference maker. The sophomore finished the year with 13 tackles, three tackles-for-loss, two pass breakups and one interception.

Byrd III ended the 2022 season on a high note, tallying five tackles and an interception in PRCC’s season-finale against East Central.

Cherry takes his talents to the Rockets as a three-star prospect and the 13th-best JUCO cornerback in the country, according to 247 Sports.
He featured in seven games for Pearl River during the 2022 season and was a lockdown cornerback each time he was on the field. On the season, he finished with eight tackles, one pass breakup and half of a TFL.

A do-it-all defensive back, Irving is taking his talents to the Lakers. After playing a reserved role in the 2021 season, Irving blossomed as a sophomore for the Wildcats, finishing the year with 19 tackles and a pair of interceptions.
Irving’s best game of the 2022 season came in a battle against Northwest where he tallied four tackles and an interception.

Jefferson joins the Crimson Tide as one of the best junior college prospects in the country. The sophomore entered the 2022 campaign as the No. 2 ranked player in the country, according to 247 Sports.

Jefferson was once again a tackling machine for the Wildcats, finishing with an incredible 86. He also added 12 TFLs, two sacks, one interception and one fumble recovery. He did his job in pass coverage, breaking up a pair of passes.

Jefferson finished with double-digit tackles in four games this season, including a 14-tackle effort against Jones College.

Mallette will look to make an impact on the Choctaw offensive line in 2023. Mallette played guard during the 2022 campaign for the Wildcats. With his help, PRCC averaged over 170 rushing yards per game. The mark ranked among the best in the MACCC.

The Wildcats also allowed just 10 sacks on the season.

In PRCC’s season opener against Holmes, the offensive line paved the way for a remarkable 533 total

yards, including 374 on the ground.

Milsap will look to add some experience to the Choctaw backfield in the 2023 season. He proved to be the bell cow at the running back position in 2022 for Pearl River. The third-year sophomore finished the year with 150 carries for 626 yards and eight touchdowns.

Milsap had three 100-yard performances in 2022 with his best coming against Copiah-Lincoln. In the homecoming contest, Milsap rushed for 143 yards and a touchdown on 27 carries.

During his three seasons in the maroon-and-gold, Milsap racked up 273 carries for 1,216 yards and 11 touchdowns.

Patterson came to Pearl River as an unknown player and joins the Fighting Illini as a three-star recruit and the fourth-best JUCO cornerback in the country, according to 247 Sports.

An incredible freshman season saw the recruitment of Patterson explode midway through the 2022 season. The defensive back was a terror for opposing wide receivers, finishing the year with 12 tackles, four pass breakups and two forced fumbles.

Patterson’s best game of the season was in PRCC’s homecoming victory over Copiah-Lincoln. In the game, the cornerback finished with four tackles and one forced fumble. The Wildcat secondary held the Wolves quarterback to a 42.5 completion percentage.

Singleton will join the Muleriders after a breakout season with Pearl River. Although Singleton played a reserved role as a freshman, the defensive back was a tackling machine during his sophomore season, racking up 37 total tackles. He also finished the year with two pass breakups, one forced fumble and 0.5 TFLs.
Singleton earned a season-high 11 tackles and one forced fumble in a game against Jones College in 2022.

Tatum will join the Golden Panthers for the 2023 season. He transferred to Pearl River with hopes of making an impact on the defensive line and immediately did that. The 6-foot-4 defensive tackle finished the year with 45 tackles, 6.5 tackles-for-loss and two sacks.

Tatum’s best game of the 2022 season was in the finale against East Central when he tallied seven tackles, 2.5 TFLs and 0.5 sacks.