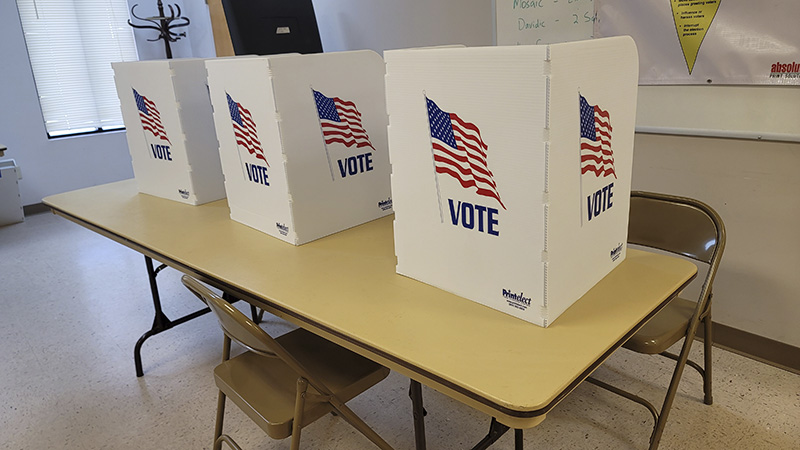 An election will be held next week to decide who will replace Steven Palazzo in the U.S. House of Representatives in the Fourth Congressional District. The ballot will also include judges, Seats on the Pearl River County School District board of Trustees, but those races are uncontested. File photo by Jeremy Pittari

Unofficial results from Tuesday’s election in Pearl River County only included one race that involved more than one candidate.

In the 4th Congressional District of the U.S. House of Representatives, three candidates were up for election, including Mike Ezell (R), Johnny L. DuPree (D) and Alden Patrick Johnson (L).

In that race within this county, Ezell received 11,087 votes, DuPree received 1803 votes and Johnson received 201 votes.

All other elections were uncontested, and included Circuit, Chancery and County Court judges, and positions within the Picayune School District’s Board of Trustees and Pearl River County Board of Trustees.