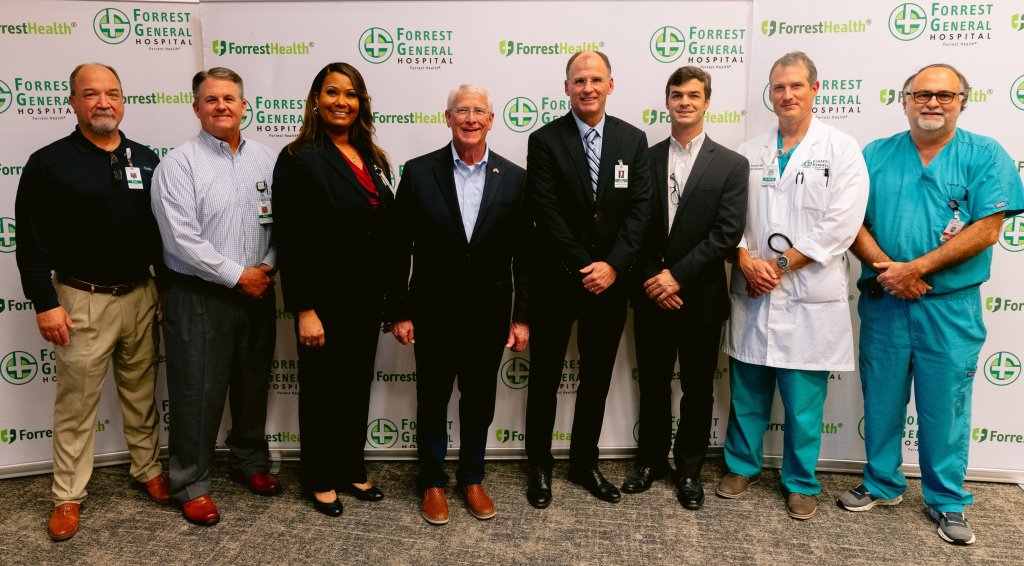 “This is a very impressive facility, no question about it,” Wicker said. “In terms of inpatient care, it’s got the highest patient load in the state of Mississippi, which is quite remarkable. I learned a lot of things today and had a lot of information reinforced. The same inflation that is hitting households, the grocery and gasoline budgets of average Americans, is really taking its toll on healthcare facilities like this. So, something is going to have to be done when the reimbursement rate from the insurers, including the federal insurers, is coming in at two and three percent and inflation is 8.9 percent. That can’t be sustained, so it’s something we are going to have to address, and I think probably earlier than later. To me, it’s a short-term need that needs to be handled before the end of the year.”

The hospital’s NICU consists of a total of 23 beds, divided between an intensive care unit, intermediate care nursery, and isolation room for critically ill infants. The NICU is supported by four neonatologists, two nurse practitioners, and highly-skilled nurses, respiratory therapists, and acute and advanced care techs trained in neonatal care.

Wicker also stopped by the Intensive Care Unit, which houses 48 critical care beds, both ICU and CCU, and played a critical role in the hospital’s commitment to CARE during the pandemic.

Wicker has served since December 31, 2017. His current term ends on January 3, 2025. Prior to his service in the U.S. Senate, Wicker served seven terms, beginning in 1994, as a member of the United States House of Representatives representing