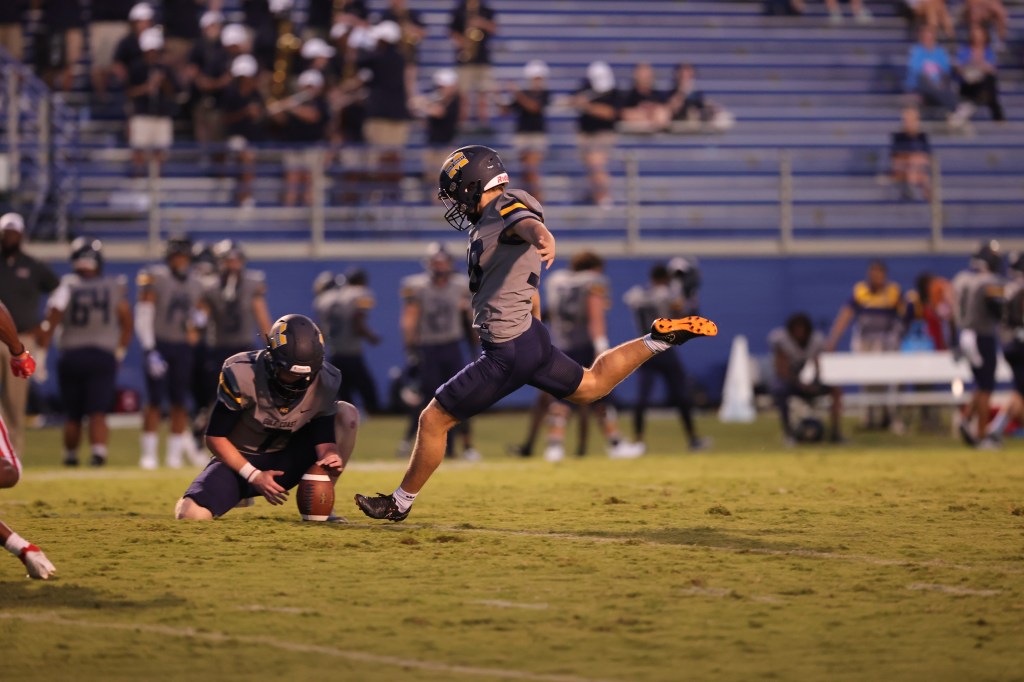 PERKINSTON — Mississippi Gulf Coast’s Gabe Showalter continued his season-long dominance of the kicking game in last week’s big win over No. 4 Jones. His efforts earned him MACCC Special Teams Player of the Week.

The freshman kicker/punter from St. Martin made all five of his point-afters and his only field-goal attempt in a 38-24 win over Jones that clinched the Bulldogs’ fourth-straight MACCC South title.

Showalter also had two more touchbacks in five kickoff attempts. Gulf Coast leads the NJCAA in kickoffs, averaging 62.8 yards per kick. He has 30 touchbacks in 56 kickoffs.

He is now eligible for NJCAA weekly honors, which will be announced Wednesday.

Gulf Coast plays in the MACCC semifinal Saturday against East Mississippi. Kickoff at A.L. May Memorial Stadium in Perkinston is set for 5 p.m.