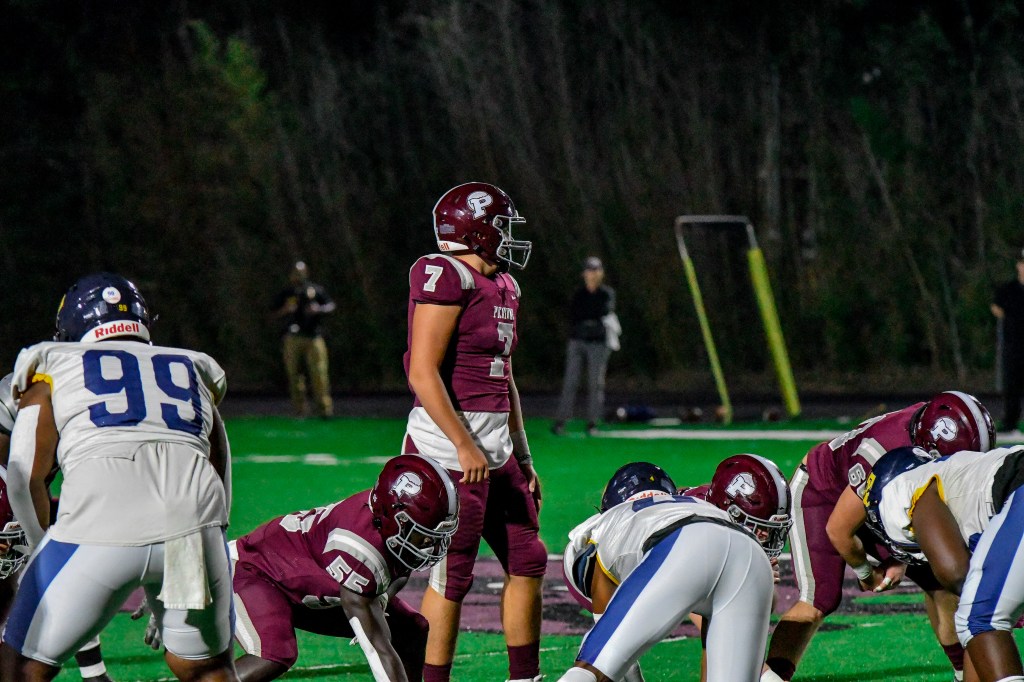 The Picayune Maroon Tide will host the Laurel Golden Tornadoes this Friday, Nov. 11 in the first round of the 5A State Championships. Kick off is set for 7 p.m.

Laurel is a fourth seed in the bracket, finishing 5-5 during the regular season.

Laurel is a typical 5A powerhouse that appears in the playoffs every year, just like Picayune and Poplarville. Maroon Tide Head Coach Cody Stogner said when these two teams meet, the game is an instant classic. Last season the two met in a high scoring South State championship game where Picayune won 32-28.

“I expect to see nothing less this Friday night,” said Stogner.

Stogner said they are a spread offensive team backed by several big and athletic offensive linemen. They run the ball a lot and throw on occasion.

Laurel’s biggest threat against Picayune is their athleticism. Yet, Stogner has confidence in his players when faced with bigger opponents.

Picayune finished the regular season undefeated. Winning all 11 games over the season earned the Maroon Tide the rank of No.1 5A team in Mississippi. Picayune’s passing game has completed 56 percent of their passes for 763 total yards. Picayune’s rushing game has covered over 3,388 yards for 53 touchdowns. Their defense made 786 tackles, 26 sacks and has intercepted seven passes.

Picayune’s quarterback Brady Robertson said everyone is locked in for this Friday’s game and t every game from here on out will be the team’s biggest.

“We know moving on, our next game is the biggest game of the year and if we win this game, then the next week’s game is going to be the biggest,” he said.

What makes Picayune special and a contender for back-to-back state championships is their ability to fight against adversity.

Robertson said Picayune’s overtime win over Gautier was the first time they’ve been down all year. Robertson was faced with some adversity during that game. He said he regrets the interception he threw that game went for a touchdown, yet he bounced back and led his team to bring the game into overtime.

“I think battling against adversity is really huge in becoming a championship team,” he said.

Practice makes perfect for the Maroon Tide. Robertson said what’s going to carry this team through a playoff run is their effort during practice to focus, pay attention to detail and perfect the team’s craft each day.

“Try to limit ourselves from dumb mistakes (and) being very disciplined in practice,” said Robertson.

Robertson said practice sessions are a battle especial when running against his team’s own defense. That constant competition ultimately makes the group better week after week.

“I think if our scout gives our defense a great look then we’ll do just fine on Friday. If we don’t take advantage of our time, the opportunity will go away,” he said. “So we go out there and take advantage of every minute we have.”