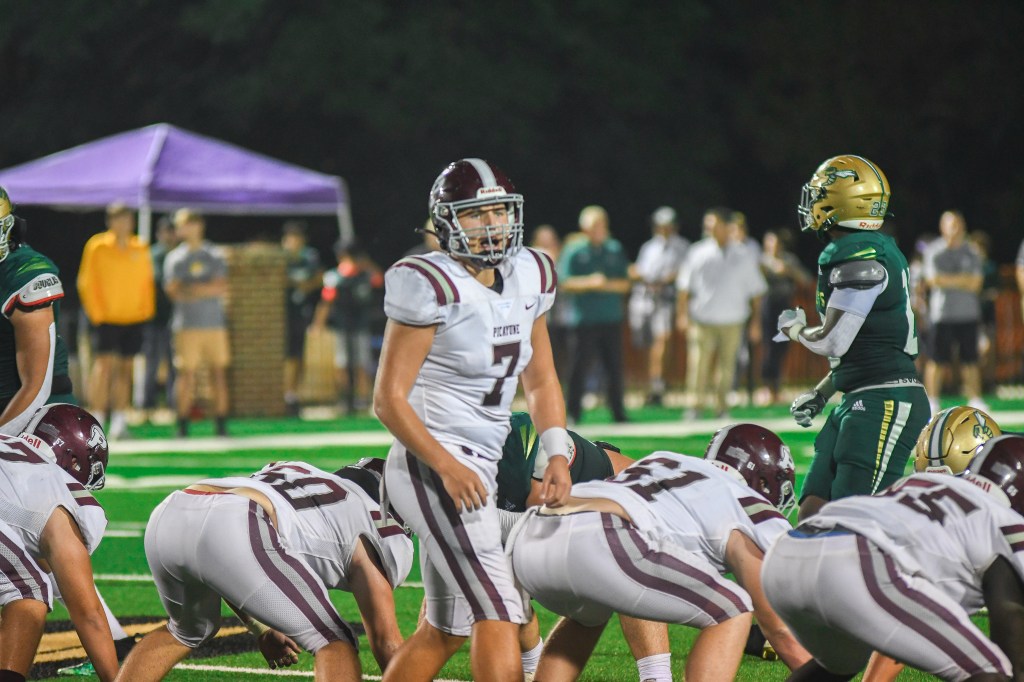 Picayune scored 28 points the opening quarter then 21 in the second quarter. Long Beech capped the night by scoring 13 points in the fourth, first off a rush, which led to a missed PAT, and then off a pass completion.

Head Coach Cody Stonger said the team strived for perfection this past Friday.

“We wanted to see if we can control the things we can control, like staying on sides, holding on to the football, lining up right on defense and playing assignment football. I felt we did all that pretty well,” he said.

Stogner was also satisfied that they didn’t start the game off flat-footed. In the game against Long Beach, Picayune could have taken the matchup easy, relaxed and sat back, but the team didn’t.

“We could of came out flat (we didn’t) and that’s what I’m most proud of,” said Stogner.

Friday night was also a good opportunity for Picayune to dive into their passing offense. Robertson threw a perfect 4/4 for a total of 50 yards, hitting four targets, including Dylan Martz, Darrell Smith and Tyran Warren all for touchdowns. Stogner gave credit to his quarterback, wide receivers and the offensive line on their great execution.

Picayune will close their regular season out with a District championship on Thursday Nov. 3. At 7 p.m. They will host the second place team in the district, the Gautier Gators (10-0). The winner of this game earns the 5A region 4 Championship title and first seed in the state playoffs.