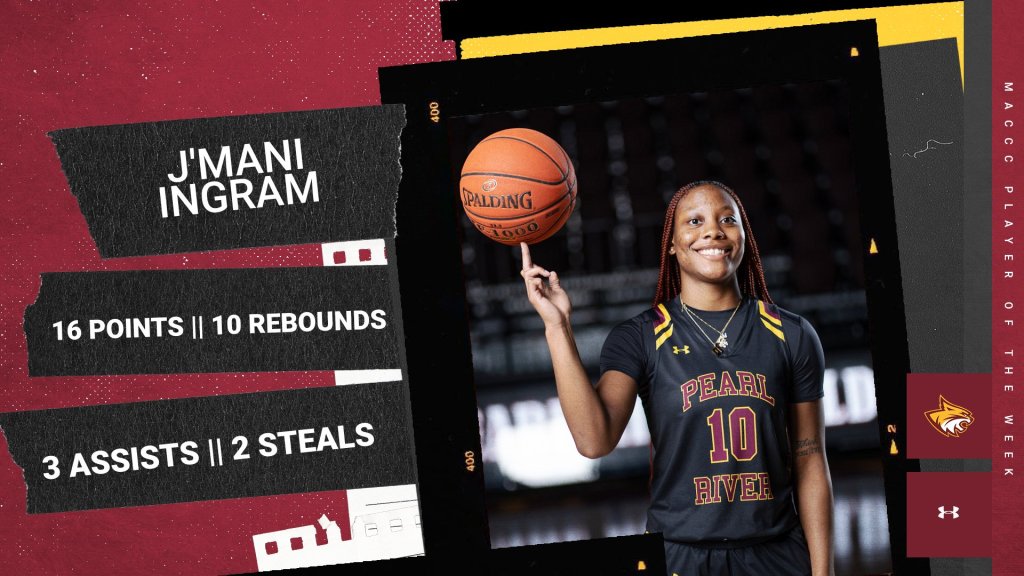 POPLARVILLE, Miss. — After leading the Pearl River women’s basketball to a victory with a stellar performance last week, J’Mani Ingram (North Augusta, S.C.) has been named Mississippi Association of Community Colleges Conference Player of the Week.

In the Wildcats’ lone game of the week, Ingram played a major part in the hard-fought 63-57 victory over Tallahassee.

The Winthrop transfer finished the game with the first double-double of her Wildcat career, tallying 10 rebounds and a team-high 16 points. She also chipped in three assists and two steals in the contest.

Through six games, Ingram is leading Pearl River in scoring with 12.7 points per game. Her 54.4 shooting percentage is third-best on the team.

Pearl River returns to action Thursday as it travels to take on Holmes. The game is set to tip off at 5:30 p.m. and will be livestreamed at HolmesCCMedia.com.