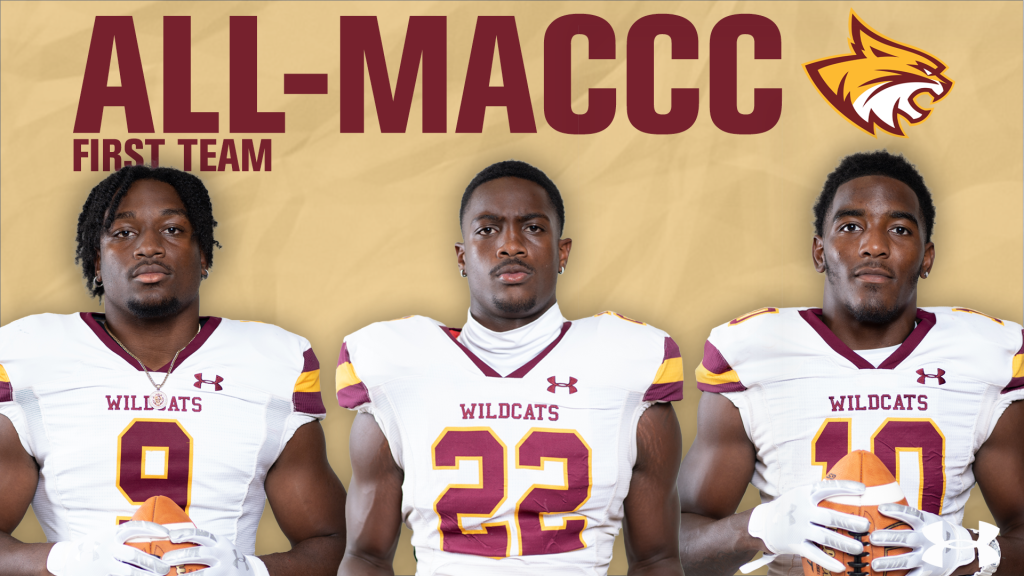 POPLARVILLE, Miss. — The Pearl River football team was well represented on Tuesday as the Mississippi Association of Community Colleges Conference announced its annual All-Conference teams. After an incredible 6-3 season, 15 Wildcats were named on the list.

Whitehead II was a handful for opposing teams throughout the entire season. He finished his 2022 campaign with 39 tackles, 19 tackles-for-loss, 11.5 sacks, three fumble recoveries, two forced fumbles and one interception. His three fumble recoveries all resulted in touchdowns. His sack total ranked third in the NJCAA and his TFL total was fifth best.

“I couldn’t be happier for Bryan,” Smith said. “To me, he was the most dominant defensive player in the country this year. He has a tremendous amount of God-given ability and he uses every bit of it every time that ball is snapped. He’s a relentless player with a motor that doesn’t stop.”

Jefferson entered the season as a four-star prospect and committed to Alabama. The sophomore backed up his ranking, starting all nine games and collecting a team-high 86 tackles. He also had two sacks and one interception. His 55 assisted tackles were third-best in the MACCC. Jefferson also ranked fifth in the conference in tackles per game with 9.6. His total tackles were sixth-best in the MACCC.

Arguably his best game of the season, Jefferson ended the year with a 12 tackle, one sack and 2.5 TFL performance against East Central.

“JJ has to be the fastest and most explosive defensive player in Junior College football,” head coach Seth Smith said. “He was such a dominant force for our team on the field, but I’m more proud of his growth and leadership off the field. He will go to Alabama and thrive. I do not doubt that we will be watching him on Sundays for years to come.”

Patterson was a lockdown defensive back for a Wildcat defense that allowed just 165.7 passing yards per game. Patterson featured in all nine games, recording 12 tackles and forcing a pair of fumbles.

One of his best performances of the season came on Homecoming against Copiah-Lincoln when he registered four tackles and forced one fumble.

“Kaleb is fast, long and physical and that’s a pretty good combination,” Smith said. “He got here this summer and went to work with Coach (Ta’Ron) Sims and six months later he’s leaving with a power five offer. He’s a special player.”

Aaron helped anchor an offensive line that helped average 307.7 yards per game in 2022. On the season, the PRCC offense averaged 4.1 yards per attempt on the ground. The offensive line allowed just 10 sacks all season long.

“Jordan was a staple of our offensive line all year,” Smith said. “He’s a leader, he’s a competitor and a great football player. He was great in pass protection and was a bruiser in the run game.”

“Freddie came to us in January as a quarterback,” Smith said. “We moved him to defensive back in March and he worked tirelessly to perfect his craft over the summer. He had a fantastic year, his energy is infectious, he’s such a great cover guy and he’s equally as physical.”

A do-it-all back for the Wildcats, Holifield Jr. contributed both as a rusher and receiver as well as a returner on special teams. Holifield Jr. paced the Wildcat receivers with 53 receptions on the year which placed him fourth in the MACCC. He also finished with 409 yards which ranked 20th in the conference.

Holifield Jr.’s best game of the 2022 season was against Jones College where he had 121 all-purpose yards.

“Fast, fast, fast. Chris is so explosive and dynamic in the open field,” Smith said. “He’s a game-changer. He had so many big plays for us this year in clutch situations.”

McGinn averaged a MACCC second-best 40 yards per punt in 2022. He punted 39 times and landed 41 percent of them inside the opponent’s 20-yard line. The mark was also second best in the conference. His long of 59 yards was the third longest in the state.

“This young man has a golden leg,” Smith said. “He was near the top of the state in punting average and flipped the field for us so many times. He had a fantastic year for us.”

Milsap finished 2022 fourth in the MACCC in both rushing yards per game (69.6) and rushing touchdowns (8). His 626 rushing yards were sixth best and his 4.2 yards per carry ranked 15th.

One of his best performances of the season came against Holmes when he rushed for 100 yards and a touchdown on 14 carries.

He wrapped up his Wildcat career with 1216 rushing yards and 11 touchdowns.

“Wow, what a tough, hard-nosed football player,” Smith said. “He runs the football with every fiber in his body. He set the tone for us all year, offensively.”

Owens earned the All-MACCC Second Team designation for the second year in a row.

He completed 67 percent of his field goal attempts this season. Owens’ season-long field goal was from 40 yards which was the seventh-best in the state. The sophomore was nearly perfect on extra points this year, converting 25 of 26.

“Michael had a great year for us,” Smith said. “He made all but one PAT and knocked down some clutch field goals. He also did a tremendous job on kickoffs, booming them into the endzone.”

Sibley was a leader on an offensive line that paved the way for 170.9 rushing yards per game. The Wildcats averaged 4.1 yards per rush attempt. In pass protection, Pearl River allowed just 10 sacks all season long.

“Sibley was such a great offensive leader for us this year,” Smith said. “He’s intelligent, extremely tough and very physical. He was a moto for us up front.”

Cherry finished the 2022 season with eight tackles and one sack. The Toledo commit finished his Wildcat career with 15 tackles and two pass breakups.

“Micah is such a talent,” Smith said. “He’s so long and has tremendous speed. He flies around the field and plays super hard. He made some big plays for us this year.”

Gayden finished the year with 20 receptions for 267 yards and two touchdowns. He averaged 13.3 yards per reception.

His top performance of the year came against Southwest where he had six receptions for 101 yards and a touchdown.

“He’s a cheetah,” Smith said. “AG has elite speed and he’s a tremendous route runner. He had multiple catches for us in clutch situations and had a tremendous year.”

The redshirt freshman Hackbarth made the most of his opportunity in 2022, finishing the year with 57 tackles, five TFLs, one fumble recovery and one pass breakup. He also contributed on special teams with one blocked field goal.

Hackbarth had one of his best games of the season against Copiah-Lincoln, collecting 12 tackles and recovering one fumble.

“Nobody works hard than this young man,” Smith said. “He came to us as a walk on and a year later he’s All-Conference. He’s extremely physical and he’s a great leader. Both of those intangibles shined bright for us.”

Norwood had a breakout freshman season with 28 tackles, three interceptions and two pass breakups. His interception total ranked seventh in the MACCC.

He came up huge in a pair of rivalry games for Pearl River. Against Gulf Coast, Norwood had seven tackles and against Jones College, he came up with two interceptions.

“Kam is such a physical football player,” Smith said. “He could play any position on defense and thrive. He’s so instinctive and has such a knack for the football. He’s a ballhawk.”

Pratt, a Samford transfer, finished the year with 1198 yards passing and seven touchdowns. Pratt was fourth in the MACCC in completion percentage (63.4), sixth in completions (137), eighth in yards (1198) and ninth in yards per game (133.1). He also did damage on the ground, rushing for 158 yards and five touchdowns.

Pratt’s best game of the season was his 19-for-29 for 233 yards and two touchdowns effort on the road against Southwest.

“Lawson is an unselfish player,” Smith said. “He came to us as a Division I transfer and never once did he complain. The only stat he was worried about was winning. Lawson is a great quarterback and helped us accomplish things that hadn’t been done in 12 years.”