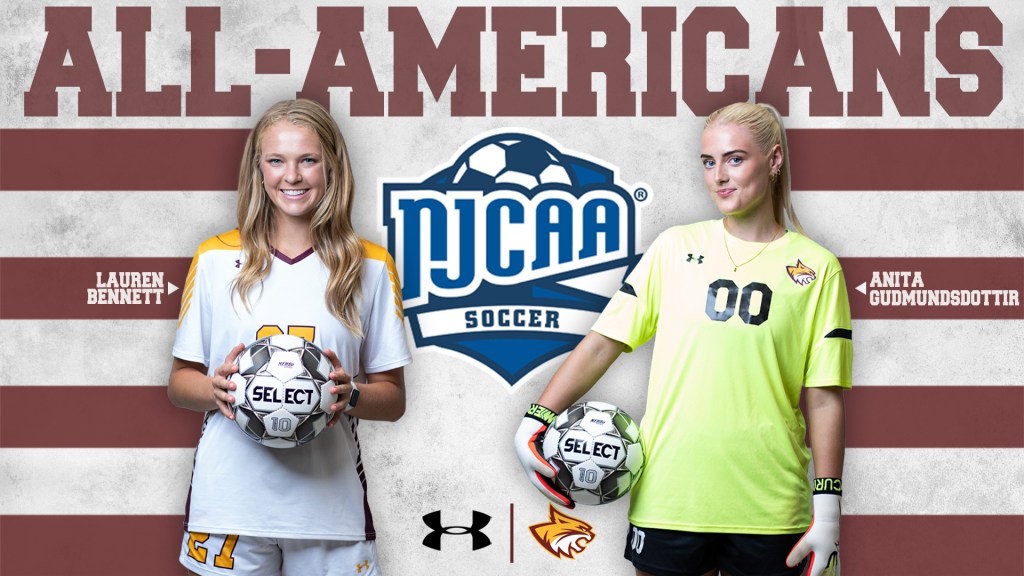 Bennett spent a season at Southern Miss before making the decision to transfer to Pearl River. Upon her arrival, the center back made an immediate difference along the Wildcat backline.

PRCC finished the 2022 season as one of the top defensive teams in the country, largely due to Bennett’s performances. PRCC’s defensive unit finished the year with a remarkable 0.59 goals-against average, which ranked seventh best in NJCAA Division II.

Bennett was also valuable to the Wildcats on the offensive side of play due to her ability on set pieces. The sophomore was able to contribute three goals and one assist throughout the season.

“Lauren was a big part of our fantastic backline this season,” Pearl River coach Henrik Madsen said. “She’s great in the air and is really good going forward with the ball. Her presence and leadership were huge for us this year. I’m happy for her that she received this incredible honor.”

Guðmundsdóttir has been lights out between the posts since her arrival.

The sophomore started 16 matches and logged 1,420 minutes in goal during the 2022 season.

She finished the year with 74 saves against just 10 goals allowed. Her .884 save percentage ranked ninth-best in the NJCAA. She also ranked 10th best in the country in terms of goals-against with a 0.63 mark.

Guðmundsdóttir was often relied upon to take free kicks for the Wildcats, logging three assists from her goalkeeper position.

“Anita has been a difference maker for us since she arrived on campus,” Madsen said. “She can really do it all from her goalkeeper position. She’s been an incredible leader for our team over the past two seasons. I’m really proud of her for receiving the award.”

This set of awards is just the latest for the Pearl River women’s soccer team as the Wildcats also had four members named to the All-MACCC First Team and All-Region 23 Team. Honorees were Bennett, Guðmundsdóttir, Jess Harrison(Gulfport; St. Patrick) and Mackenzie Winters (Ocean Springs).