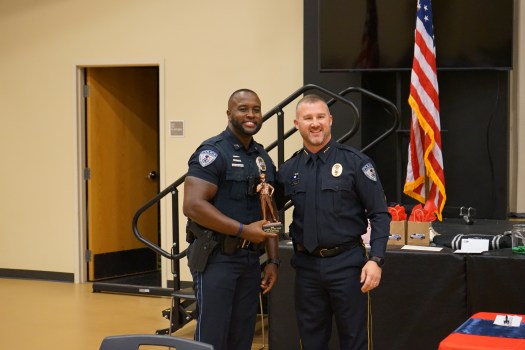 From left, Police Officer of the Year, Corporal Malik Lucas receives his award from Chief of Police Joe Quave. 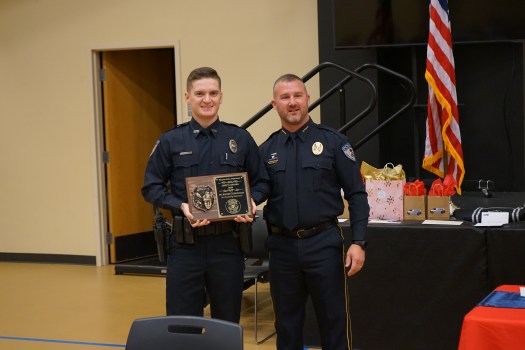 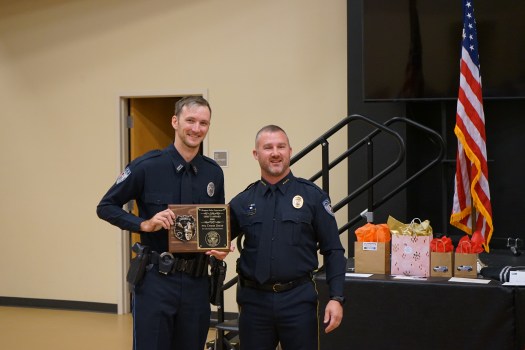 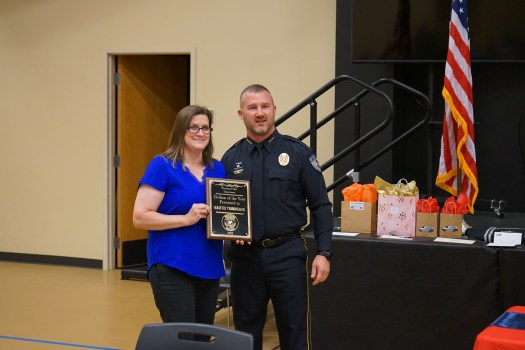 From left, Kristen Thiboeeaux is presented the Civilian Employee of the Year by Police Chief Joe Quave. 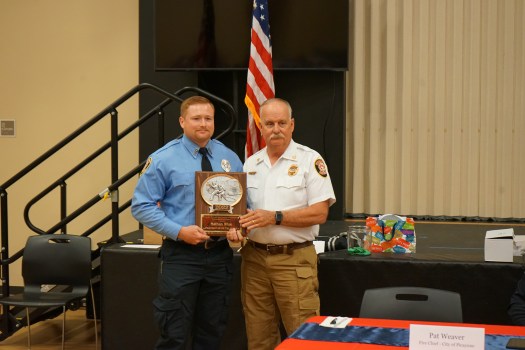 From left, Nathan Wise is presented the Firefighter of the Year award by Fire Chief Pat Weaver. 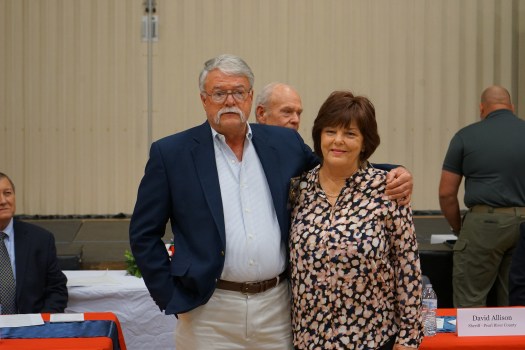 From left, Sheriff David Allison stands with his department's Employee of the Year, Robin Smith. 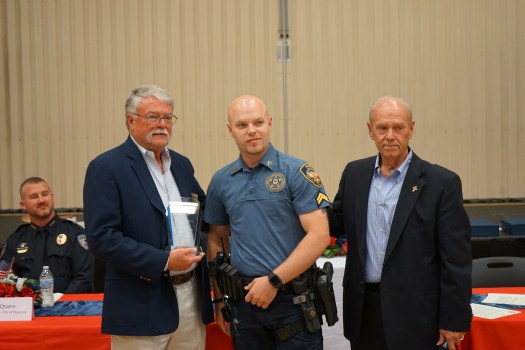 From left Sheriff David Allison presents Jason Gambrell with the award for Deputy of the Year. At right is Chief Deputy Freddy Drennan, 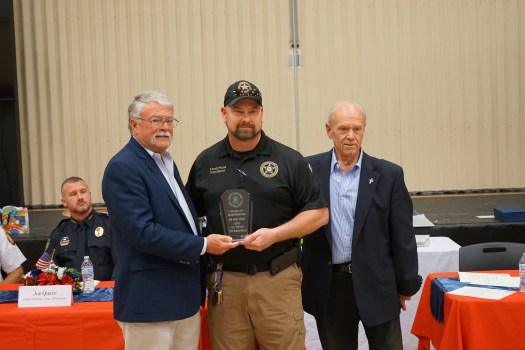 From left Sheriff David Allison presents Randy Messa with the award for Investigator of the Year. At right is Chief Deputy Freddy Drennan, 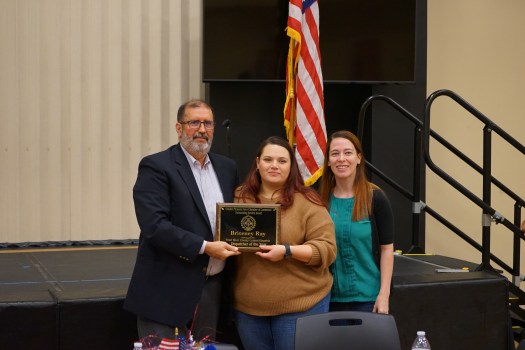 From left, Carey Meitzler presents Briteney Ray with the award for Dispatcher of the Year. 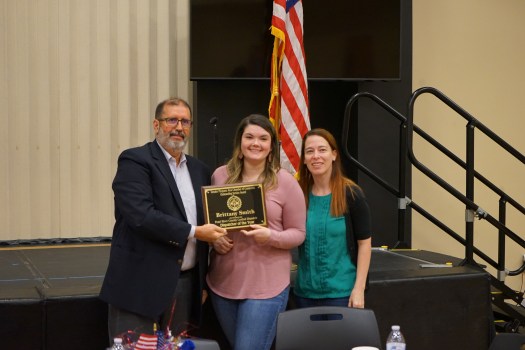 From left, Carey Meitzler presents Brittney Smith with the award for Dispatcher of the Year.

First responders in Picayune and Pearl River County were shown appreciation by the community through the annual Law Enforcement Firefighter First Responder Appreciation Luncheon held by the Greater Picayune Area Chamber of Commerce on Thursday.

Mayor Jim Luke made the opening remarks, sharing his appreciation for the men and women in those fields who work to keep the city safe. Then, each department head named winners of Firefighter of the Year, Police Officer of the Year, Deputy of the Year, and Dispatcher of the Year, among others.

Firefighter of the Year was awarded to Nathan Wise.

“He’s just a professional and he does things professionally, everyone gets along with him and he does his job the way it should be done. He was very good at the academy, top of his class, and excels in what he does,” said Picayune Fire Chief Pat Weaver.

“He is a very well rounded officer, sees multiple ways that he can be efficient at the job, even though he does make a lot of arrests he isn’t all about that. He’s about community engagement too. He’s about helping out other officers, he’s not just approachable in one way, he is multi-faceted, very family oriented, very ethically and morally sound, hard worker, always has a positive attitude. If you come to work feeling negative or if something happened and you see him you immediately get some hope cause he is always smiling. Definitely a contributor to the community, does whatever is asked of him and well respected by his peers,” said Quave.

Quave also handed out three special awards, the first of which was the Civilian Employee of the Year to Kristen Thiboeeaux who is the department’s felony file coordinator. Quave said Thiboeeaux has worked with the Picayune Police Department in that capacity for the past two years, but has nearly 13 years of law enforcement experience.

The Chief’s Award was also presented by Quave. That award was presented to two full-time officers, Chris Davis and Shayn Cunningham, whom Quave said go above and beyond in their duties.

Sheriff David Allison presented awards to four members of his department during the event. Employee of the Year was awarded to Robin Smith, Deputy of the Year was presented to Jason Gambrell, Investigator of the Year was given to Randy Messa and Corrections Officer of the year was provided to Lisa Wayne. Recipients of those awards were chosen by their peers, Allison said.

“It’s not only that we recognize it, it’s their peers as well. We have so many good employees; I’d have to put names in a hat and draw from them. I think it says a lot about them to be voted by their peers,” said Allison.

Casey Meitzler awarded Dispatcher of the Year to two individuals, Brittney Smith and Briteney Ray, because they tied during a departmental vote.

Meitzler said they deserve the award due to their dedication to public safety.

“The dedication they have to safety, they want to make sure that everybody gets home. That’s the mantra they operate on everyday. They get that the minute they come on shift,” Meitzler said.