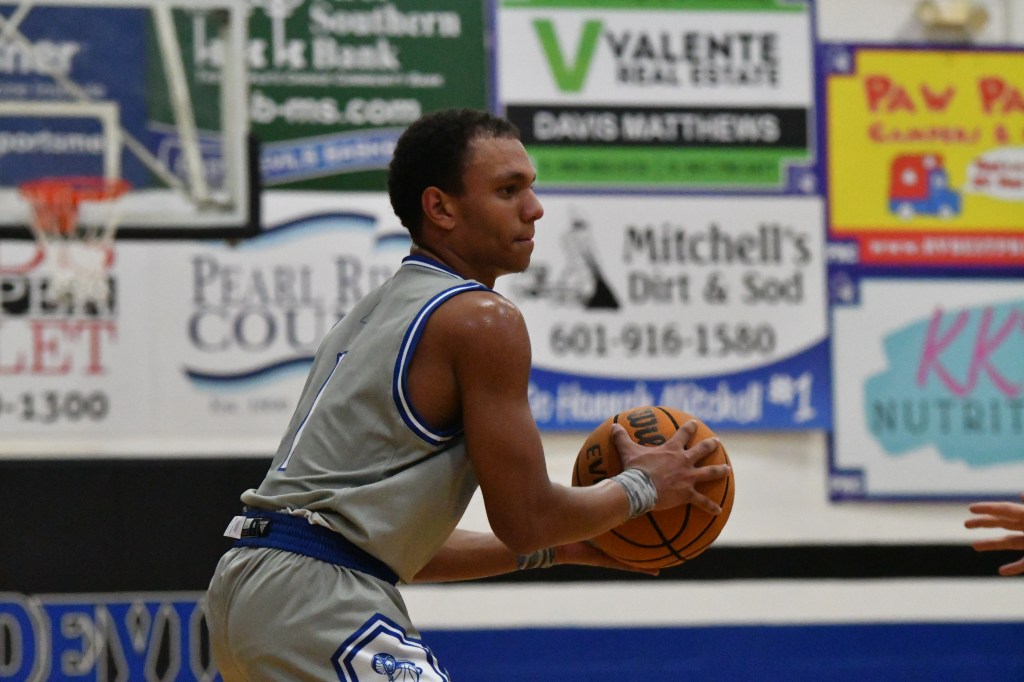 Nia English had a game high 13 points. Emily Carroll had 9.

The boy’s basketball team suffered their first loss of the season to Sumrall in a 50-39 contest. They sit at 4-1 this season.

Sumrall jumped to a quick 5-0 lead over the Blue Devils. Not much longer the game tied at 5-5 after a Kyle Penton layup and a Brady Fitzgerald three-pointer. PRC grew their lead to 11-9 in the second quarter, but the Bobcats would take over at 14-11. Both teams traded buckets and during that sequence, Konnor Cazenave had a steal turned into a layup, Donnie Ladner mad a aggressive drive to the backed and dumped off no look pass to Penton for a layup. Tied at 19-19 PRC ended the half up 21-19 after an isolation score by Ladner.

Sumrall came out of the locker room aggressive. They went on an 11-1 run over the Blue Devils. At the 2:22 mark Sumrall led 30-24. That quarter ended with a score of 38-27. PRC started the fourth quarter with a drive a kick three pointer by Ladner. With 4:20 remaining PRC managed to bring their deficit within three points (40-37). Sumrall took control at this point scoring six unanswered points. Toward the end of regulation PRC went ½ from the strike, and made a layup with just seconds remaining.

Kyle Penton had a game high 12 points, Ladner had 8 points and Payton Cardona had 7 points.

Next both Varsity boys and girls teams will host the Columbia Wildcats on Tuesday Nov. 15. Tip-off for the girls is 6:30, boys is at 7:30