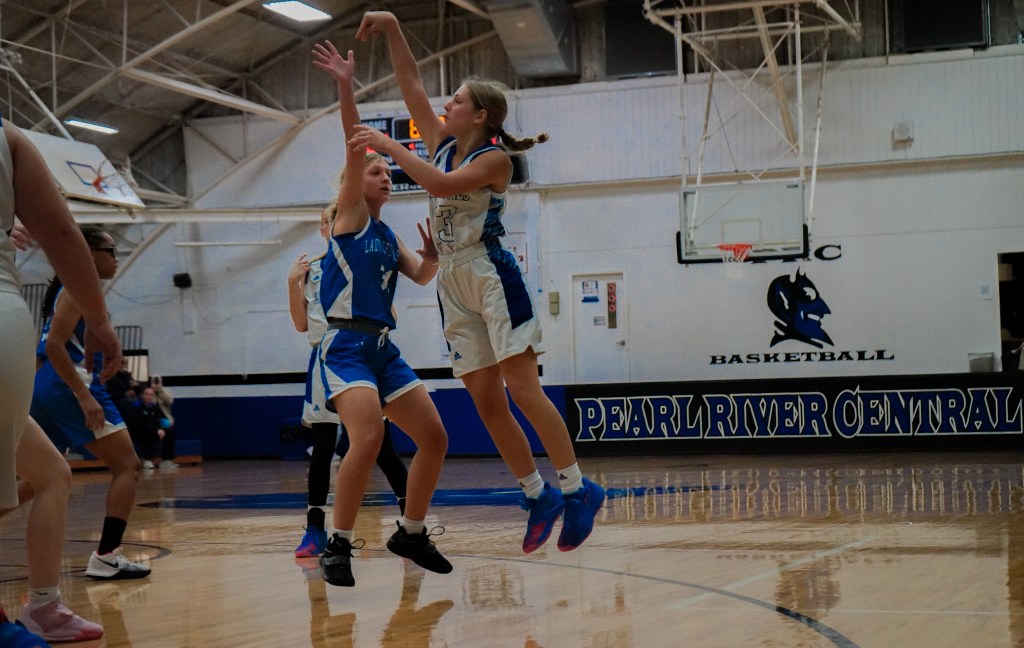 “I thought the game went good, they executed well, we ran our sets, we played good defense… defensive is the big one, I think we’re doing a much better job defensively,” said Head Coach Cliff Bauer. “Overall I though they played good. I thought the first quarter was really really sluggish, but it’s a four quarter game, once we got going I thought we played a really good second and third quarter and everyone got to play the fourth quarter, so I think they did well.”

After leading 9-5 out the first quarter, PRC separated themselves with a 21-9 lead at the end the half. Mitchell and Carroll both had hot starts. After two quarters, Hannah had 10 points with three assist and Carroll had 9 points.

Sacred Hart scored a layup to start the quarter. Then Carroll answered with a put back layup for a 23-11 PRC lead. From there, PRC scored 12 unanswered points to end the quarter.

With the score at 35-11, both teams went back in forth in scores but at the 4:15 mark PRC still led 44-14. PRC capped of their scoring night with an offensive put back, a layup, then followed by a three pointer by Sanders.