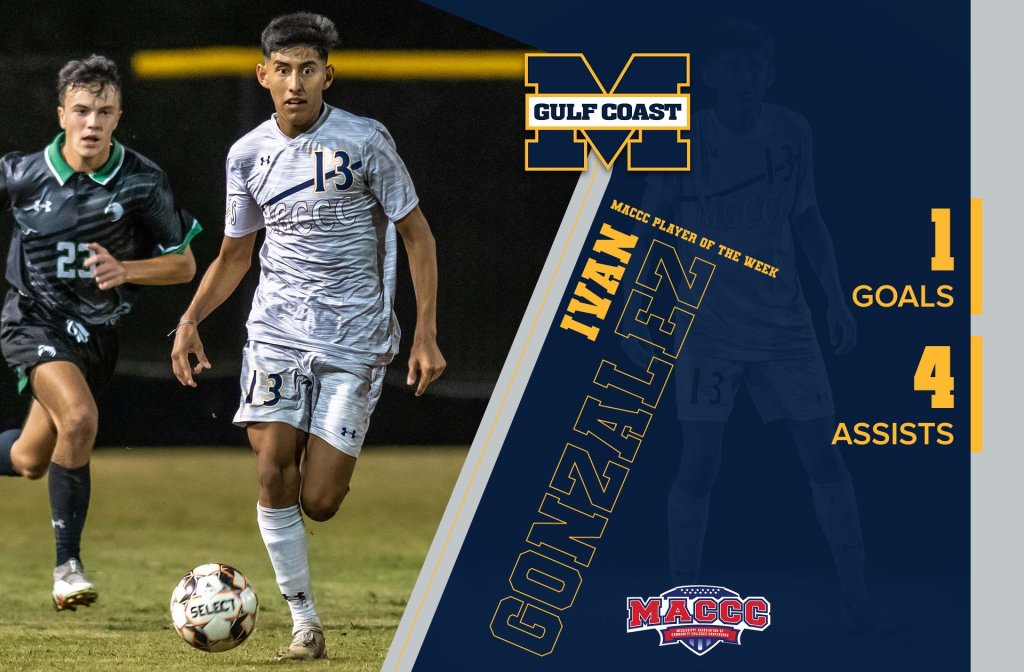 PERKINSTON — Mississippi Gulf Coast’s Ivan Gonzalez had a dominant week at Bary Thrash Field and the MACCC took notice. The sophomore midfielder from Olive Branch was named the conference’s Player of the Week on Tuesday.

He returned to the lineup and led Gulf Coast to a pair of big wins with a goal and four assists. He had two assists in a 6-0 win over Southwest Mississippi to close out the regular season and clinch a home playoff game.

In that NJCAA Gulf District quarterfinal, he played a part in all the Bulldogs’ goals in a 4-1 win over Itawamba. He scored one, assisted on two and drew the penalty for the other.

Gonzalez is now eligible for NJCAA weekly honors. They will be announced Wednesday.

Gulf Coast continues postseason play Friday when the Bulldogs take on archrival Pearl River in the district semifinals at Ellisville. Kickoff is scheduled for 1:30 p.m.