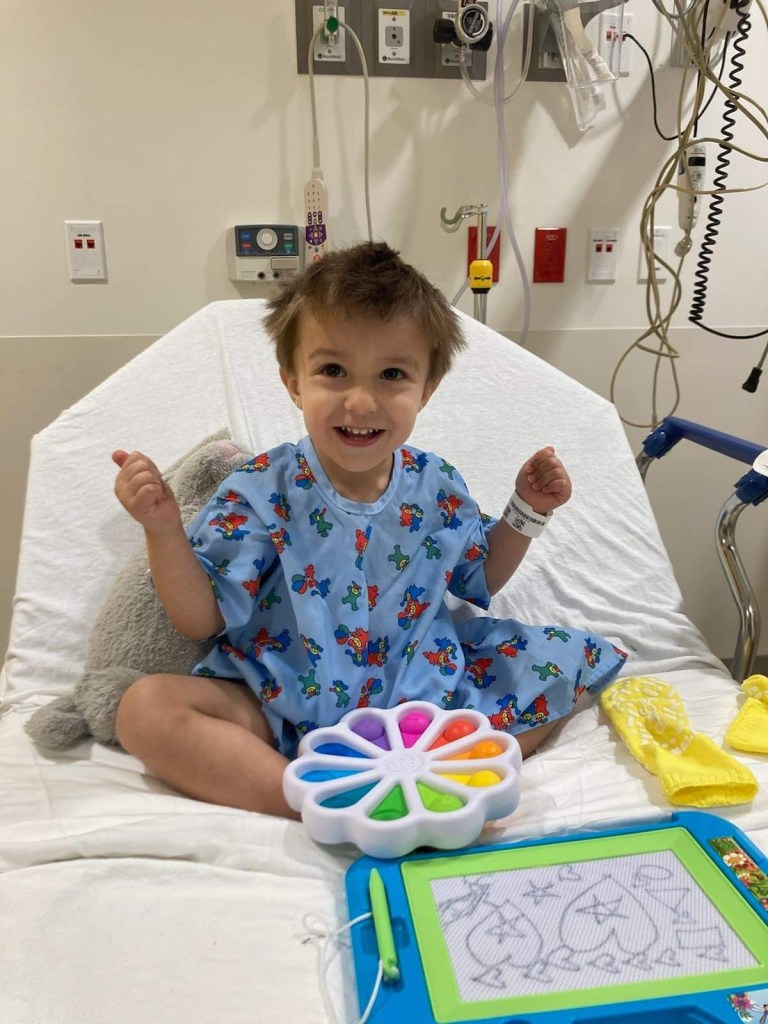 Two-year-old Henry is currently in need of blood transfusions as he battles Aplastic Anemia. Submitted photo

In a time when the nation has only a 2-day supply of blood for those who need it, The Blood Center of Picayune is enticing donors with free pizza and a chance to win a $100 gas gift card. Donors will also be assisting a 2-year-old boy named Henry who is in dire need of blood transfusions as he battles Aplastic Anemia.

Every Thursday in November, donors in the Picayune area will receive a coupon for a free large 1 topping pizza from Outfielders Pizza. They will also have their name placed in a drawing where 10 lucky winners will receive a $100 gas gift card from Oct. 31 to Nov. 6. The drawing for the gas cards will be announced by The Blood Center on Monday. If they choose, donors can give blood on behalf of Henry.

Henry is being cared for at Children’s Hospital in New Orleans, where he still needs blood components. The Blood Center Spokesperson Beverly Clark said by donating blood in his name, his family will receive financial assistance that will go towards the family’s hospital bills.

The Blood Center in Picayune, along with the nation, is currently operating on a 2-day blood supply. Clark said all it would take is one massive event, like a mass shooting or 9-11 scale event, to deplete this country’s supply.

“It is awful, I’ve been doing this for 34 years now and it is awful,” said Clark regarding the nationwide blood shortage.

Blood Center is collecting 60 percent less donations than before the pandemic. In order to reach pre-pandemic donation numbers, Clark said The Blood Center needs at least 20 units of blood every Thursday.

Clerk encourages anyone who can donate blood to do so and patients with O+ and O- are especially needed as The Blood Center is low on those blood types.