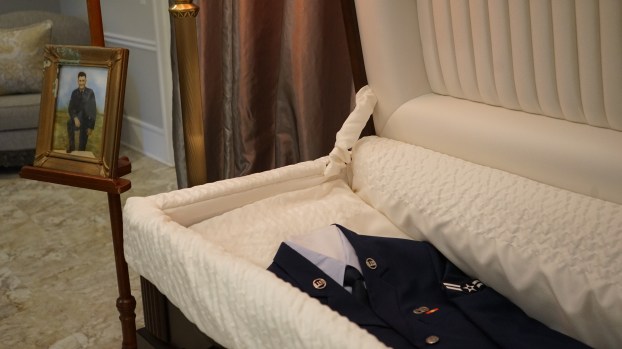 An old photo of 22-year-old Thomas Claiborne Thigpen, stands next to his casket and uniform going unidentified for over 70 years due to a fatal military plane crash. 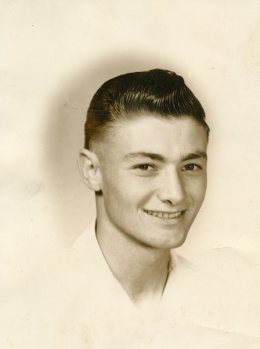 Nearly 70 years ago, a military service plane crashed in remote Alaska leaving 52 dead, including 22-year-old Thomas Claiborne Thigpen. Thigpen was born in the small Hancock County Community of Santa Rosa on December 31, 1930. He died on November 22, 1952 on a Colony Glacier in Alaska.

On board were eight Army Soldiers, a Marine Corps Major, a Navey commander and 42 Airmen

Mike Craft, Thigpen’s youngest nephew was only 4 at the time of the crash. Claiborne’s oldest nephew Cecil Craft was the last person to speak with Thigpen before his departure. He was 12 at that time.

But in the light of all the mourning, in 2012 evidence of the crash was finally found. In 2012 an Alaska Army National Guard flying a training mission spotted aircraft debris, which was later identified as the C-124 carrying those military passengers.

Every spring a Multi-disciplinary team based in Anchorage has been engaging in the longest running recovery effort in U.S Air Force history. They work towards recovering any and everything they can on the remains of those passengers. Thigpen along with 45 others have already been identified through DNA testing. Thigpen’s femur bone was removed and nephew Cecil Craft, and cousins Robert Thigpen and Gerald Patch provided their DNA, confirming a match.

“We’re going to get to bring him home,” said the youngest nephew.

As the years stretched on, more and more of Claiborne’s remains appeared. Along with that, were Claiborne’s artifacts from the crash.

“Closure,” was the word Claiborne’s two nephews Cecil and Mike used to describe the return of their uncle. Other passengers were identified by means of a tooth, fingers and anything thing the research team could find and use as DNA.

Claiborne’s casket flew in to New Orleans this past week, He is back home now and will be buried along side his mother and father Tom and Delilah Thigpen here is Picayune.