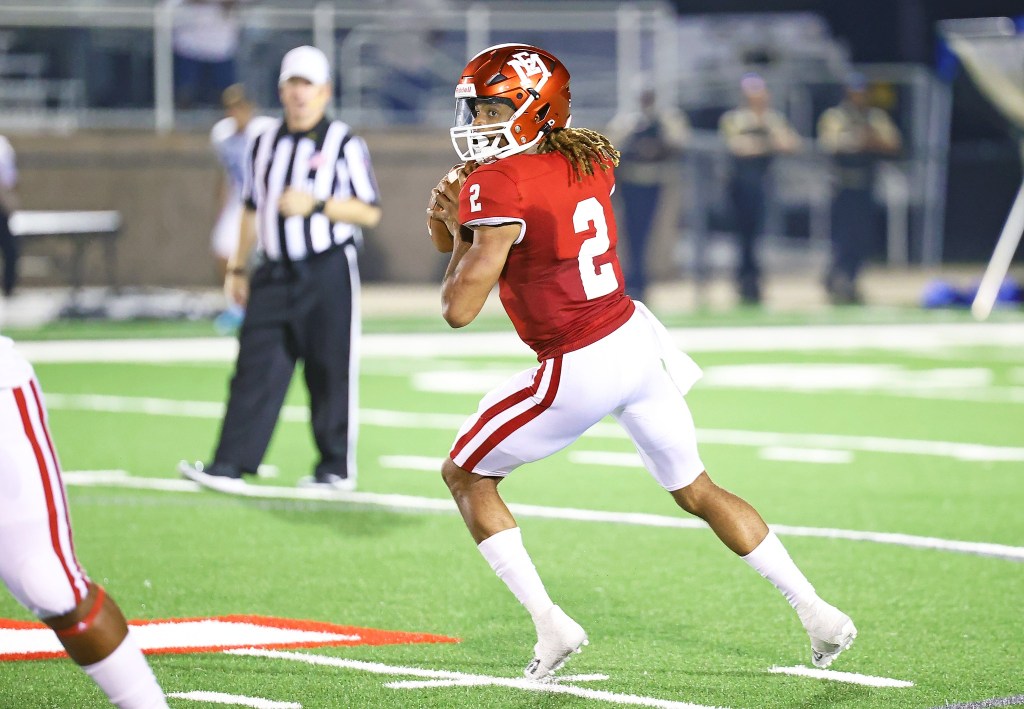 JACKSON – Sophomore quarterback Peter Parrish of East Mississippi Community College’s playoff-bound football team has been named the MACCC’s Offensive Player of the Week for his performance during the Lions’ regular-season finale against Mississippi Delta. The announcement was made Tuesday by the Mississippi Association of Community Colleges Conference office.

Parrish, out of Central High School in Phenix City, Alabama, accounted for 251 yards of total offense and seven touchdowns during the 14th-ranked Lions’ 63-14 road win over Mississippi Delta last Thursday in Moorhead. He completed 16-of-19 (84%) passes for 202 yards and six touchdowns thrown, while also rushing for 49 yards on six attempts, including scoring the game’s first touchdown on an 8-yard keeper.

For the season, Parrish has completed 74.1 percent (63-of-85) of his passes for 612 yards through the air and 11 touchdown tosses. The former University of Memphis transfer has also run for 158 yards and a pair of scores on 37 attempts during the year.

The EMCC Lions, 6-3 overall and 4-2 as the MACCC North Division’s No. 2 seed, are set to make their 13th conference playoff appearances in 15 seasons under the guidance of head football coach Buddy Stephens during Saturday’s (Nov. 5) MACCC semifinals contest at nationally 12th-ranked and MACCC South top seed Mississippi Gulf Coast. The rematch is set to kick off at 5 p.m. at A.L. May Memorial Stadium in Perkinston. During Week 4 (Sept. 22) of this year’s MACCC regular season, the visiting EMCC Lions erased a 24-point deficit (31-7) midway through the third quarter with six second-half touchdowns to pull off a stunning 48-45 come-from-behind road victory over the MGCCC Bulldogs.