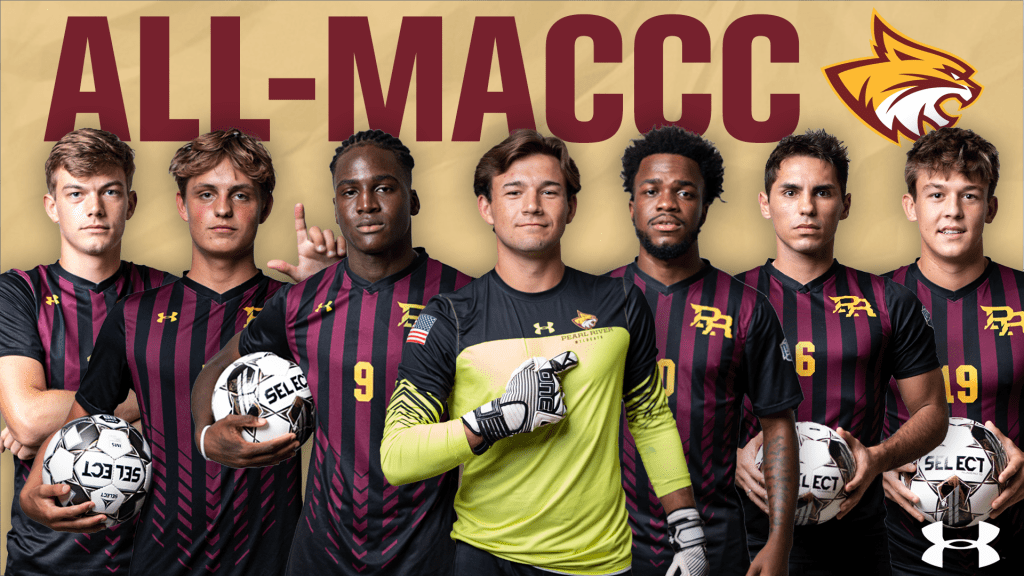 POPLARVILLE, Miss. — After another incredible season, the Pearl River men’s soccer team has started to rake in awards. Seven student-athletes were named to the All-MACCC team for their efforts this season.

Dommer arrived on campus and immediately made a massive impact on the Pearl River men’s soccer program.

“Chris’ numbers speak for themselves,” Pearl River coach Drew Gallant said. “He was constantly creating chances and finishing them. All season long, we knew that we could depend on Chris when it mattered most.”

Francis earns the status after another great year in goal for the Wildcats. The sophomore played 1446 minutes in net for Pearl River this season, making 86 saves and allowing 21 goals.

He finished the year with a 1.31 goals-against average.

“Maddux is truly an amazing keeper,” Gallant said. “He had a great season despite having an all-new backline that dealt with injuries all year long. He had an incredible career for us.”

Emery was a leader in the PRCC attack all season long. He finished the year with 13 goals and five assists. He scored five game-winners on the season.
His 13 goals were tied with Dommer for fourth in the MACCC and 22nd in the NJCAA.

“Alex is a great winger that was a threat to opposing teams all year long,” Gallant said. “He scored loads of goals and contributed with some big assists late in the season.”

Each of the First Team All-MACCC members was also named All-Region 23.

Diallo had another solid season in the maroon-and-gold. Despite dealing with injuries for most of the season. the sophomore right winger still finished the campaign with five goals and one assist.

“Mo is a great player who dealt with injuries for most of the year,” Gallant said. ” We were excited to get him back for the third year and wish he could have contributed more, but he still had a big impact on the season.”

Gruba finished the year with one goal and a pair of assists but was not relied upon for goal-scoring. The sophomore was a leader and was a major part of keeping PRCC organized and doing the right things. The midfielder played incredible defense all season long and did a great job of distributing the ball.

“Julio is probably the best player to ever come through this program,” Gallant said. “He does not put up big numbers but controls the entire game. He has the talent to change a game all by himself without putting up numbers.”

Nicholson was asked to fill many different holes for the Wildcats all season long. In his final season with Pearl River, Nicholson finished with four goals and six assists.

“While Andre didn’t put up the numbers he had in previous years, he had more of an impact than any year before,” Gallant said. “He played multiple positions for us and he filled a huge hole for us at defensive midfield when Julio had to move to center back.”

Hopkins was a valuable asset for PRCC this season and was able to see time at forward and in the midfield. The freshman scored nine goals and assisted on five more.

“Luke had a great year as a freshman and scored some big goals for us,” Gallant said. “He is such a threat in the air and athletically he’s a handful for other teams to deal with. We really look forward to having him throughout the spring and developing him for next year.”