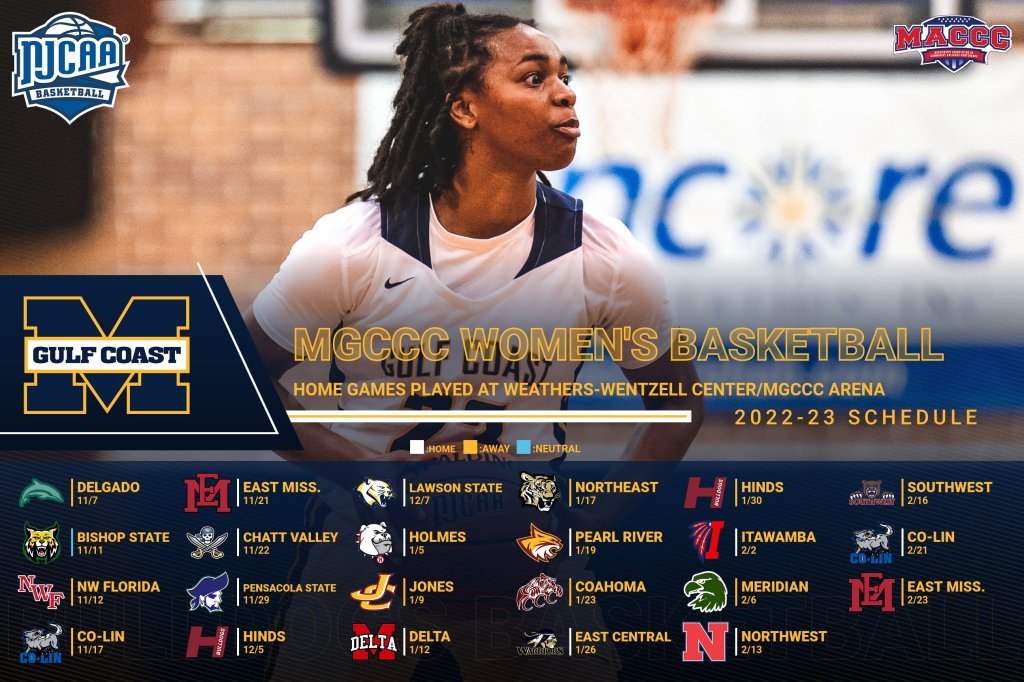 Coach Hope Adams’ Bulldogs start a four-game road trip at Delgado on Nov. 7, with tipoff in New Orleans set for 5:30. They’ll also play in the Northwest Florida State Classic in Niceville and at Copiah-Lincoln before opening play at the Weathers-Wentzell Center.

Gulf Coast will host the Bulldog Thanksgiving Classic to open its home schedule. The Bulldogs play East Mississippi on Nov. 21 at 2 p.m. and Chattahoochee Valley the following day at 3 p.m.

Construction is nearing completion on the MGCCC Arena, and games will move across campus to that venue during the season.

Bulldog fans can go to http://mgcccbulldogs.com/tickets to buy your tickets today. Individual game tickets cost $7 for adults, and $5 for youths. Children 12 and under are free.

Season passes cost $50 for adults and $40 for youth, plus ticketing and processing fees.

The Bulldogs will play their last three non-conference game at home before the holiday break. All conference games will be played after the break, with Gulf Coast opening at home against Holmes on Jan. 5. Tipoff is set for 6 p.m.

The MACCC has restructured its basketball postseason, eliminating the state tournament. The regular-season winner will win the conference championship, and 12 teams will advance to the NJCAA Region 23 Tournament.

The region tournament will see the top four teams have first-round byes. The first two rounds will be played on the home courts of the higher seeds, with the semifinals and finals at Mississippi College in Clinton.