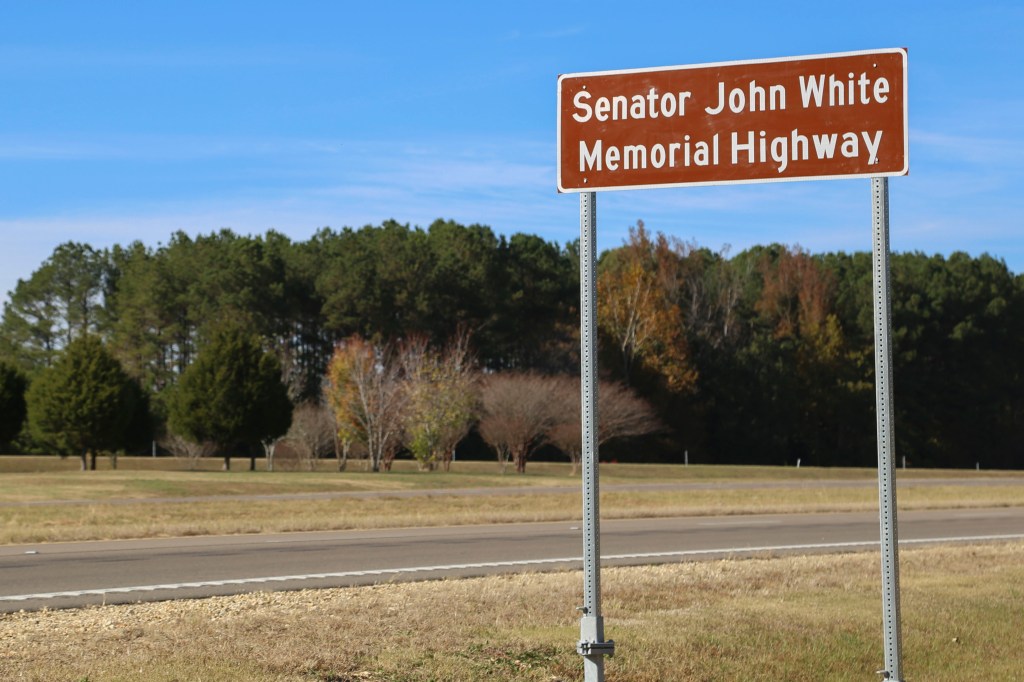 During the 2022 Legislative Session, Senate Bill No. 2520 was signed into law, designating a segment of U.S. Highway 45 located in Prentiss County, Mississippi, beginning at the boundary between Lee County and Prentiss County and extending north for two miles, as the “Senator John White Memorial Highway.”

John White was born and raised in New Albany, then later settled in Baldwyn. He was elected to the Mississippi Senate District 5 in 1983, and served six terms. One of his greatest accomplishments serving as Senator was leading the charge to pass legislation, to fund the construction of the four-laned U.S. Highway 45, a Highway that now shares his namesake.