PRC soccer program ready to kick the season into gear 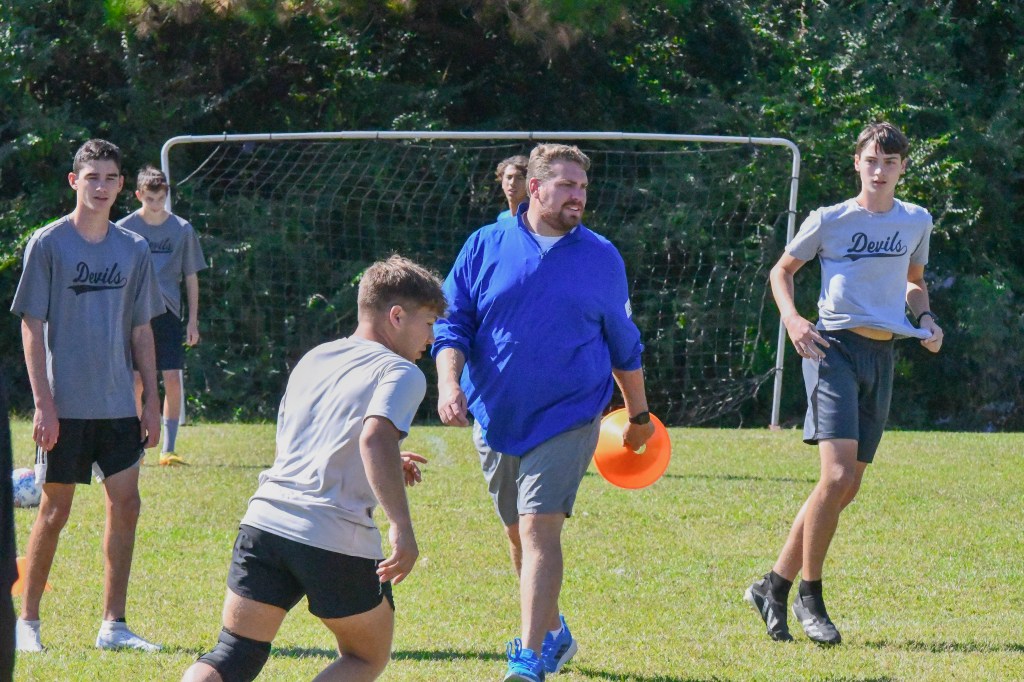 The boys soccer team is led by an experienced group of upperclassmen. Last season the team finished 13-7 overall (4-2 District) and made it to the second round of the playoffs. The boys are a competitive group that pushes one another everyday.

“They’ve been through this before, they’ve made the playoffs last year and they really stepped up as far as setting the tone for practice,” said, Mikell.

“A lot of us are just competitive by nature we just want to win so in practice we do a lot of competition…none of us like losing, so the intensity of practice is always high,” said boys goalie Brayson Kirby.

The girl’s team is also led by an experienced group. Last season they fell short of a playoff appearance finishing 6-8 and third in district, 1-5. Since the start of official practice, they’ve gotten after it, doing an outstanding job of showing up in practice and bringing the intensity needed to improve. The girls are a group with a great attitude and a genuine love and passion for the game of soccer.

“It’s hard to teach that and it always put a smile on my face,” said Mikell.

Mikell said the program has set a goal of making the playoffs and the boys want to set a new playoff record that no previous PRC team has done.

“No team in PRC history has ever won two playoff games and made it to the third round and that’s what we want to try and do. We have pretty much the whole team coming back from last year…with all that coming back the expectations are very high with them,” he said.

For the girls, they want to play in the playoffs. They were one seat in the rankings away from making the playoffs last year. Every game they lost, except for one, was lost by a single goal.

“Their expectation is the same, make the playoffs and being on the hunt for wins,” said Mikell.

The players who help elevate the program include senior midfielder Brant Tarter, who will be this year’s biggest distributer and will likely be involved in all PRC’s action. Senior goalie Brayson Kirby is the obvious vocal leader of the team while Junior Chris Hart along the previous two named set the tone in the boys practice. Senior goalie Kylie Guerra has been a starter for the Lady Blue Devils program since seventh grade.

“As far as knowing the ins and outs of the team, it’s her,” said Mikell.

Guerra and senior midfielder Monica Caro are more than just the captions of their team, they also act as assistant coaches.

“When I need something I go to them or if I’m with another group I can give them a group and they can run drills themselves. It’s great because I can trust in those gals to keep things in check,” said Mickell. “We’re lucky to have older kids for both teams. At the end of the day they’re the ones playing the game so it has to be on them.”

Kirby said they had one of the best teams in school history, which is arguable correct considering the record and playoff appearance.

Caro expects the team to be a lot better. She said the team was timid in preseason, but team bonding and guidance by fellow senior class members has flipped things around.

“We definitely have a more focused team this year, we’ve all been practicing and there’s a lot more structure, so we’re going to do way better this year,” she said.

Currently, Kirby has offers to play soccer at Pensacola Christian College and Huntingdon College. For Caro if she decides to play in college she hopes to earn a spot on the Pearl River Community College roster.

Boys will start the season against Oak Grove on Oct. 27 and the girls will play Poplarville on Nov. 1. Both games are away.