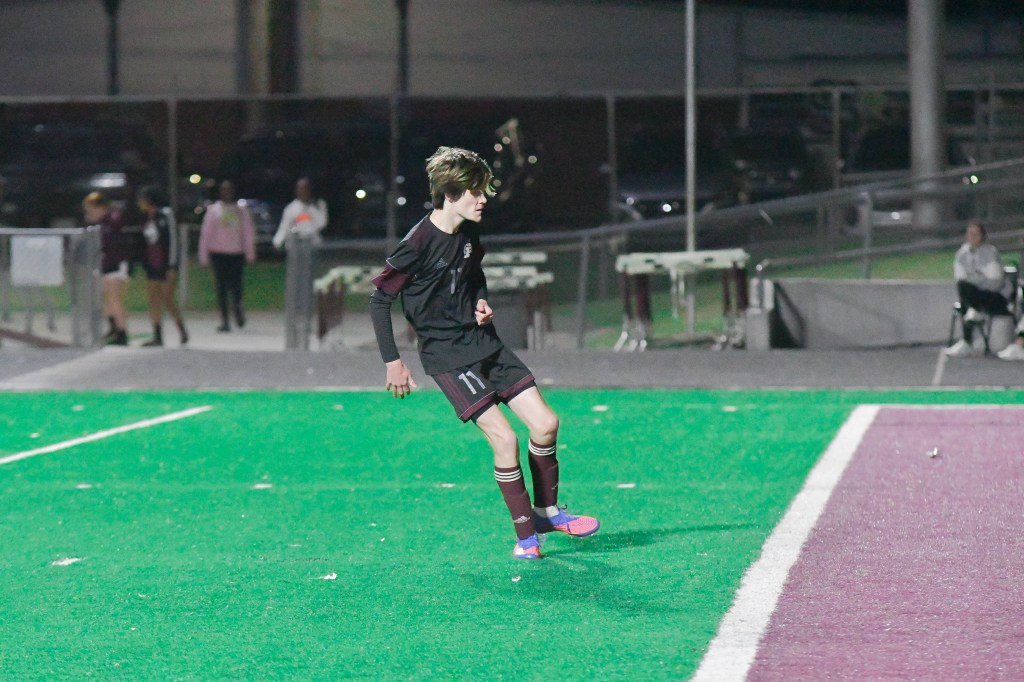 The Picayune Maroon Tide soccer team drew even at 2-2 against the St, Patrick fighting Irish on Wednesday Night.

Head Coach Brandon Butler and his team approached this game by focusing on possession and keeping the ball moving.

“In this level what you see is a lot guys hold on to the ball way too long and that forces a lot of unnecessary turnovers. So our plan was to get it, control it, get it to the mid field, and have nice depth. I think they did really well with it,” he said.

The boys had a fast start to the match and were first to score two goals.

With Picayune in possession, St Patrick was called for a handball penalty over the end line, giving Larry Davis a goal kick that went past the goalie it ease. Picayune took a 1-0 second over the 30:00 mark.

Picayune’s second goal also came from Davis, this time at the 25:20 mark when Mason Ripoll dribbled alongside the penalty box, drew two defenders to him and slipped a pass to Davis for a wide-open goal in front of the net.

Picayune had one other opportunity to score before the end of the half. At the 22:41 they missed a header over the goal, giving St. Patrick a shot at the goal. But at the 13:13 mark, their shot was blocked by goalie Lane Warino. Then, at the 8:10 mark, St. Patrick had a wide right shot attempt that missed a corner shot opportunity during extra time.

Butler also wants his team to control the tempo of the game with possessions and scores to keep a confortable lead.

Picayune had they majority of ball possessions and kept St. Patrick on their toes chasing the ball. In the second half the game was ruled by St. Patrick.

Ripoll missed a goal shot at the 31:10 mark before St. Patrick’s cold spell ended at the 16:30 after scoring in the open field off a 1v1 (attacker vs. goalie) shot. Down by one score, it only took St. Patrick three minutes to tie the game. They scored off a rebound, right in front of the net at the 13:26 mark, tying the game at 2-2.

Butler said he has a very strong team and spoke highly of his players and their capabilities. This season Picayune has a deep roster, giving the Maroon Tide the ability to wear out other teams. Moving forward, the Maroon Tide will continue to work on wearing teams down, along with making and maintaining leads with scores.