Pearl River takes No. 5 Jones College to the wire 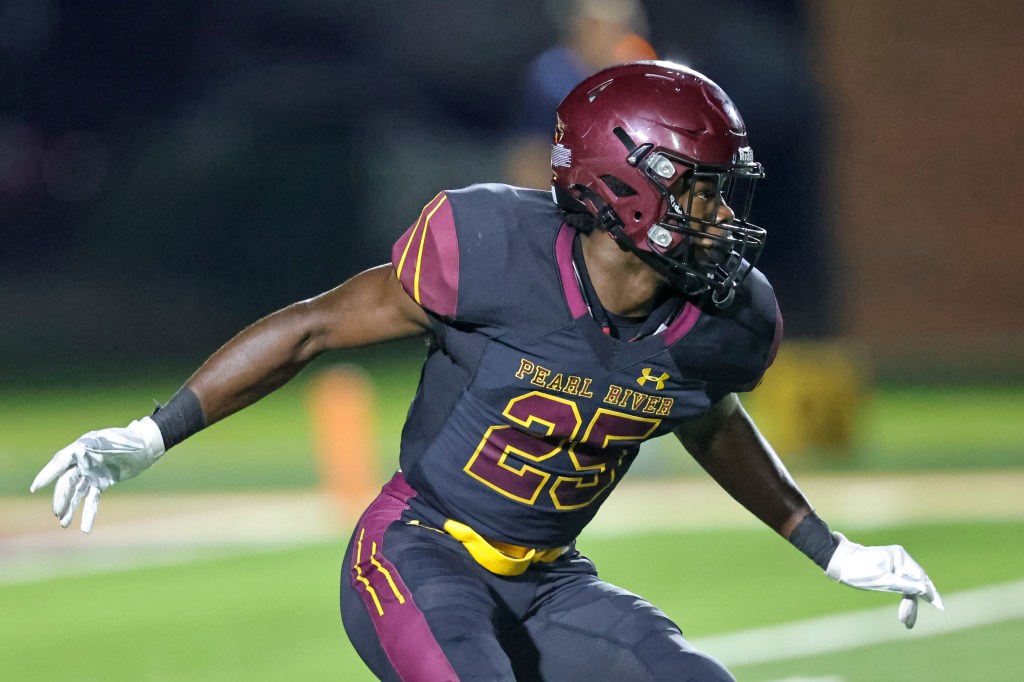 ELLISVILLE, Miss. — The Pearl River football team gave No. 5 Jones College all it could handle Saturday evening but came up just short 16-10 at Bobcat Stadium.

“We’re proud of the fight. These guys are going to do that every week,” head coach Seth Smith. “It was a case where we are so close in these games, and we have to find a way to win. We made a couple of boneheaded mistakes that hurt us. It’s hard to score in this league, so if you put yourself in long distance situations, it’s tough.

“Our defense was lights out once again. They deserve a lot of credit.”

Although Pearl River’s (3-3 overall; 1-2 MACCC South) first drive of the evening stalled out after six plays, the Wildcat defense came to play on the very next drive.

Jones College (6-0; 3-0) pushed the ball up the field and into PRCC territory before Michael Montgomery (Port Gibson; Vicksburg) and Bryan Whitehead II (Bartlett, Tenn.) beat their defenders and sacked the Bobcat quarterback. The Bobcats tried to make up for the loss on the next play lofting a pass down the right side of the field, but Kam Norwood (Hattiesburg) jumped and came down with the pass for an interception.

On Jones College’s second drive, Norwood came up big again. The Bobcat quarterback dropped back to pass and saw an open receiver across the middle of the field. As he let go of his pass, Justin Jefferson (Memphis, Tenn.; Bartlett) tipped it into the air and Norwood caught the deflection for his second interception of the game.

“Kam’s been great all year,” Smith said. “He’s a fantastic football player and does everything that you ask. We’re really glad that he’s a Wildcat.”

The Wildcat offense made Jones College pay for the turnover immediately. Christopher Holifield Jr. (Mobile, Ala.; LeFlore) took a reverse around the right side of the field and rumbled down the sideline for 42 yards. After a short Lawson Pratt (Tuscaloosa, Ala.; American Christian Academy) run and a Bobcat penalty, Nick Milsap (Raleigh; Oak Grove) turned in a hard-fought, 7-yard touchdown run to give the Wildcats the lead.

The Pearl River defense bent but didn’t break on the next JC drive, holding the Bobcats to a 29-yard field goal.

The teams exchanged punts over the rest of the first half, but the Bobcats punched the ball into the endzone near halftime to take a 10-7 lead.

Jones received the kickoff to start the second half and marched down the field for a touchdown. The extra point was no good, giving the Bobcats a 16-10 lead.

After a Wildcat punt, PRCC’s defense turned in another great showing. This time, Jefferson batted the ball into the air and Whitehead II came down with the ball for an interception. The defensive lineman carried the ball down to the Bobcat 14-yard line. Owens capped off the offensive drive with a 28-yard field goal to make the score 16-10.

Pearl River had its chances throughout the remainder of the contest but was unable to punch the ball into the endzone, falling 16-10.

Pratt finished the contest with 42 yards on 9-for-21 passing.

Holifield Jr. led the Wildcats in rushing, carrying the ball four times for 74 yards. Milsap ran the ball 14 times for 43 yards and a touchdown.

Jefferson led the team in tackles with 14. He also had half a tackle-for-loss. Hosea Singleton (Bay St. Louis; Bay) was second with 11 tackles and a forced fumble. Whitehead II tallied five tackles, 2.5 TFLs, two sacks and one interception.

Pearl River returns to the field next week for its homecoming game against Copiah-Lincoln. Kickoff at Dobie Holden Stadium is set for 7 p.m.