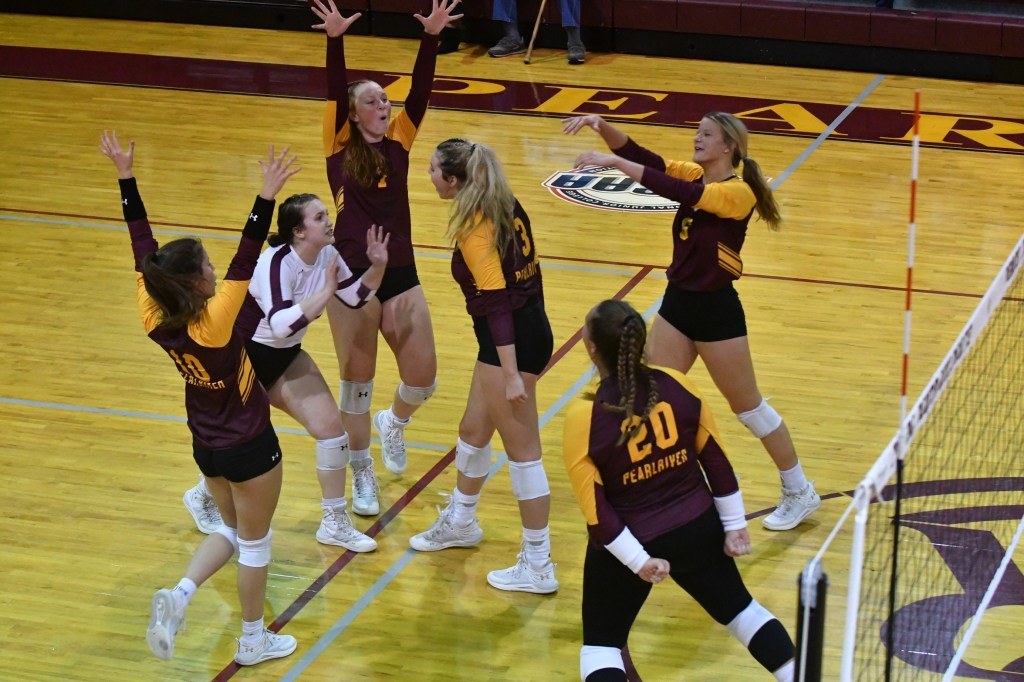 “20 wins is a great accomplishment for a team that is so full of youth,” head coach Haley Chatham said. “We were able to carry over the competition from Friday night into two well-played matches today. They are learning to be road warriors and I’m so proud of them and all they give this program.”

The Wildcats again took a commanding lead in set two and eventually claimed the set 25-19.

Pearl River dominated the final set of the match from start to finish, winning 25-8 to complete the sweep.

The Wildcats opened a sizable lead in set one and used it to run away with a commanding 25-16 victory.

The two teams battled throughout set two and the Wildcats pulled away to take the second set 25-20.

In a tightly contested set three, the Wildcats outlasted the Warhawks 28-26 to complete the sweep.

The Wildcats will return home on Tuesday for Sophomore Night against Itawamba. The match is set to get underway at 5 p.m.