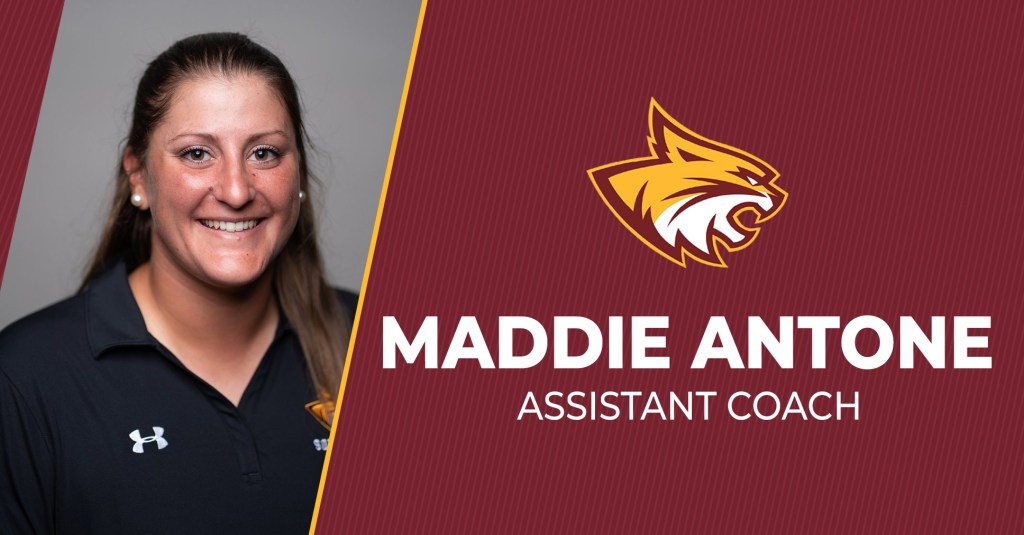 “I believe Maddie has the capability of making people feel comfortable in themselves and around her,” Meeks said. “That’s so important coming into a program. I also feel like she loves the game, wants to be better in everything she does, and loves a family environment. That is what this program’s foundation stands on. So, we believe she will be a great fit.”

“Maddie’s experience and knowledge of the game are incredible,” she said. “She has traveled all over the world playing and coaching professional athletes. For her to be able to bring that knowledge and drive to our team is going to be a game changer.”

For Antone, the decision to join the Pearl River softball staff was pretty easy to make.

“I’m just very excited to be here,” she said. “It only took one phone call this summer. After talking with Coach Meeks, I knew that I wouldn’t be smart if I didn’t give it a shot. I flew in within the next few days and visited the campus and talked with the coaches. I knew it was where I needed to be.”

Antone talked about what it will be like to coach at the NJCAA level.

“Community Colleges are special because the players are only here for two years,” she said. “They arrive on campus, and you go straight to work. The players come to you at a different level, and it allows you to make an impact on them that will stick with them for the rest of their lives.”

Antone joined the coaching ranks immediately upon her graduation from Winthrop, joining the staff at Legion Collegiate Academy in Rock Hill, S.C. in 2019. Antone was named Co-Head Coach and helped lead the program to the 2021 Class 2A State Championship.

Antone became an assistant collegiate summer league coach in June 2021 for the Florida Gulf Coast League in Sarasota, Fla. While there, she was a leading contributor to practices, philosophy, strategy, fundamentals and technique.

She joined the coaching staff at Belmont Abbey College in August 2021 as an Assistant Coach and Head Developmental Coach. During Antone’s time with the program, the Crusaders held a .295 team batting average with 254 RBIs, 189 walks, 52 doubles and 29 homers. BAC also finished with a remarkable 32-15 record on the season. While there, Antone helped develop hitting plans, winter workout programs, conditioning sets and outfield plans.

Atone joined the coaching staff of the Florida Vibe in April 2022. The Vibe are a professional softball organization located in Bradenton, Fla. Her time with the Vibe allowed her to coach professional athletes while also helping her gain experience in a number of other areas.

In 2014, Antone was voted Big South Freshman of the year and was named to the All-Freshman Team. She finished her freshman season fifth in the Big South with a .365 batting average.

Over the course of three seasons, Antone batted an outstanding .379 with 89 runs, 159 hits, 31 doubles, 93 RBI and 52 walks. Her career slugging percentage of .592 and on-base percentage of .469 still ranks first all-time in the program’s history.

In 2020, Antone picked up another massive honor, being named to the Big South All-Decade team.

She also got it done in the classroom, earning Big South Presidential Honor Roll in 2015-16.

Antone graduated from Winthrop in 2017 where she earned a bachelor’s degree in Mass Communications with a minor in Psychology.