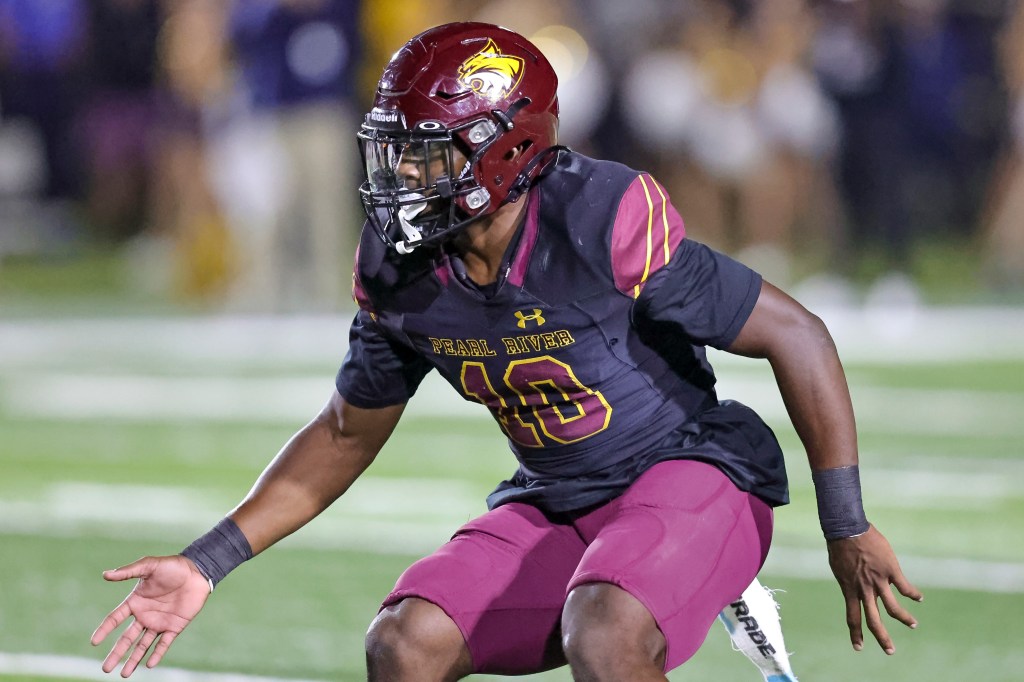 POPLARVILLE, Miss. — From one massive rivalry matchup to the next, the Pearl River football team is set to travel to Ellisville on Saturday to take on Jones College in the 92nd edition of the “Cat Fight”. The Wildcats enter the matchup fresh off an impressive 24-14 victory over archrival Gulf Coast.

“It was really just a culmination of everything that we’ve worked for over the last few years,” head coach Seth Smith said of the win over MGCCC. “Everything that our coaches and kids have worked for is starting to come together. In anything you do in life, if you work hard, it’s possible. It’s good to see these kids and their hard work being rewarded.”

The Wildcats will have a few extra days to prepare for the game this week as kickoff is set for Saturday due to it being the Bobcats’ homecoming.

“The timing of it is good because it comes in the middle of the season, so guys are able to have a few extra days to recover,” Smith said. “The negative is that we will play on Saturday, then get back to practice on Sunday for next Thursday’s game. As good as it is to have the break, on the flip side you have a short week. That’s part of this league and part of it.”

Smith felt like the extra time for the coaches to prepare could be beneficial.

“Any time that you get extra time to prepare, it’s a good thing. It’s especially good when you’re getting ready for a top-5 team in the country,” he said. “From a schematical and execution standpoint, you hope to make the most of those three extra days.”

Tickets for the contest can be purchased online at JCBobcats.com/Tickets. Online tickets are $10, but tickets purchased at the gate are $15.

Pearl River (3-2 overall; 1-1 MACCC South) has been one of the most balanced teams in the state this season on offense, averaging 156.4 passing yards and 155.2 rushing yards.

Lawson Pratt (Tuscaloosa, Ala.; American Christian Academy) has done the damage through the air, passing for 749 yards and four touchdowns. He’s also helped out in the run game, rushing for 114 yards and five touchdowns.

Nick Milsap (Raleigh; Oak Grove) rushed 18 times for 80 hard-fought yards and a score last week against Gulf Coast. On the season, the third-year sophomore has carried the ball 65 times for 289 yards and three touchdowns.

“Nick Milsap epitomizes everything that we are as a program,” Smith said. “He’s tough and he’s gritty. He had 80 yards but every yard he had, he earned. 18 carries for 80 yards against that defense is a tall task. When the night train is rolling, it helps our team. He energizes our entire team.”

Justin Jefferson (Memphis, Tenn.; Bartlett) and Marquez Tatum (Mobile, Ala.; LeFlore) are first and second on the team in tackles with 44 and 26, respectively.

A week ago, Bryan Whitehead II (Bartlett, Tenn.) earned his second defensive touchdown of the season, rumbling 67 yards for the scoop-and-score. The defensive end has 25 tackles, 11.5 tackles-for-loss, 6.5 sacks, two forced fumbles and two fumble recoveries so far this season. His sack total is third in the NJCAA.

The Bobcats have the pleasure of deploying one of the best running backs in the NJCAA this season in sophomore Robert Henry. So far this season, Henry has rushed for 780 yards and 13 touchdowns on 126 carries. Both his yardage and touchdowns are tops in the country.

Ashton Nickelberry has tallied 316 yards and four scores on just 16 catches. Kendall Coleman is second on the team with 217 yards and two touchdowns on 21 catches.

Defensively, Jamison Kelly is tops on the team in tackles with 29. Travor Randle is second with 27 tackles. He also has 5.5 TFLs, two sacks and one interception.

“They are as advertised. Everything that they do goes through the run game,” Smith said. “They have two good quarterbacks and Henry is an excellent running back. They’re like they are every year since we’ve been here. Their coach does a great job of getting them prepared. The key to this game will be who wins the battle in the run game.”

Pearl River livestreams all games for free at PRCCMedia.com/gold. Fans who have Roku, Amazon Fire, or Apple TV devices can also watch the Wildcat broadcasts by downloading the “Pearl River CC” channel from their app. stores.